I opened the app today, went through the event page and all that, and then when it came time for the update to download, the app just got stuck? It's been at 0.0% for a bit now and I'm not sure what to do. I've tried restarting the app multiple times, and it's not a matter of storage space - I've got plenty. I've updated the app before with no complications, and I don't see why it won't update. My wifi is fine. I saw some people online that suggested reinstalling, but I don't want to do that because I'm not sure if I'll lose my data. Also, I'm playing on an iPad mini. Anyone have suggestions?

No, one of my friends already had the Nian Beast Dine and Dash event happening in their restaurant before the server reset/day change thing (that screenshot was taken 4 hours before the reset), and I was freaking out because I thought the event had started already lmao

turns out the person I was looking at might've been ahead of my time (and the server time?) 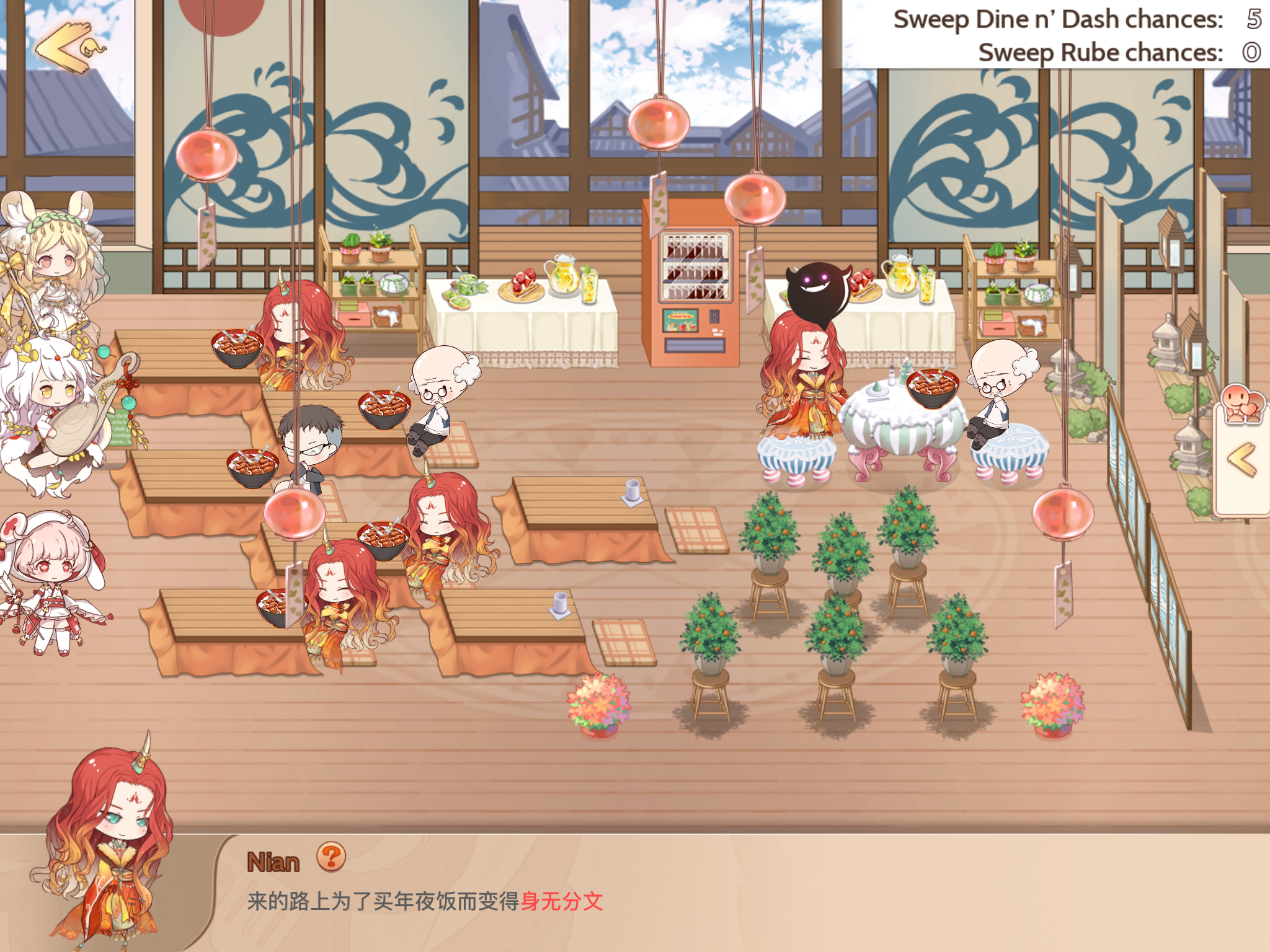