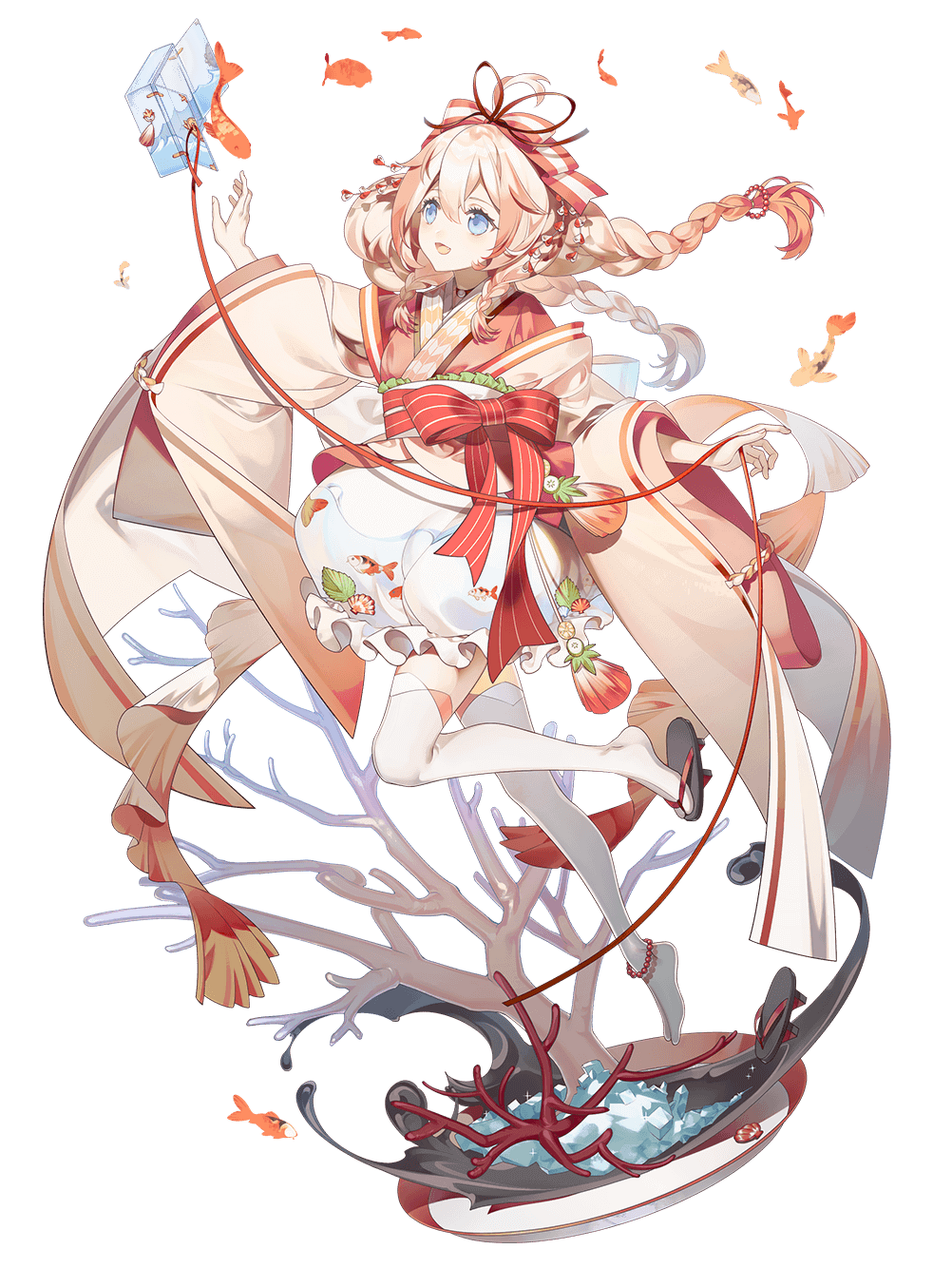 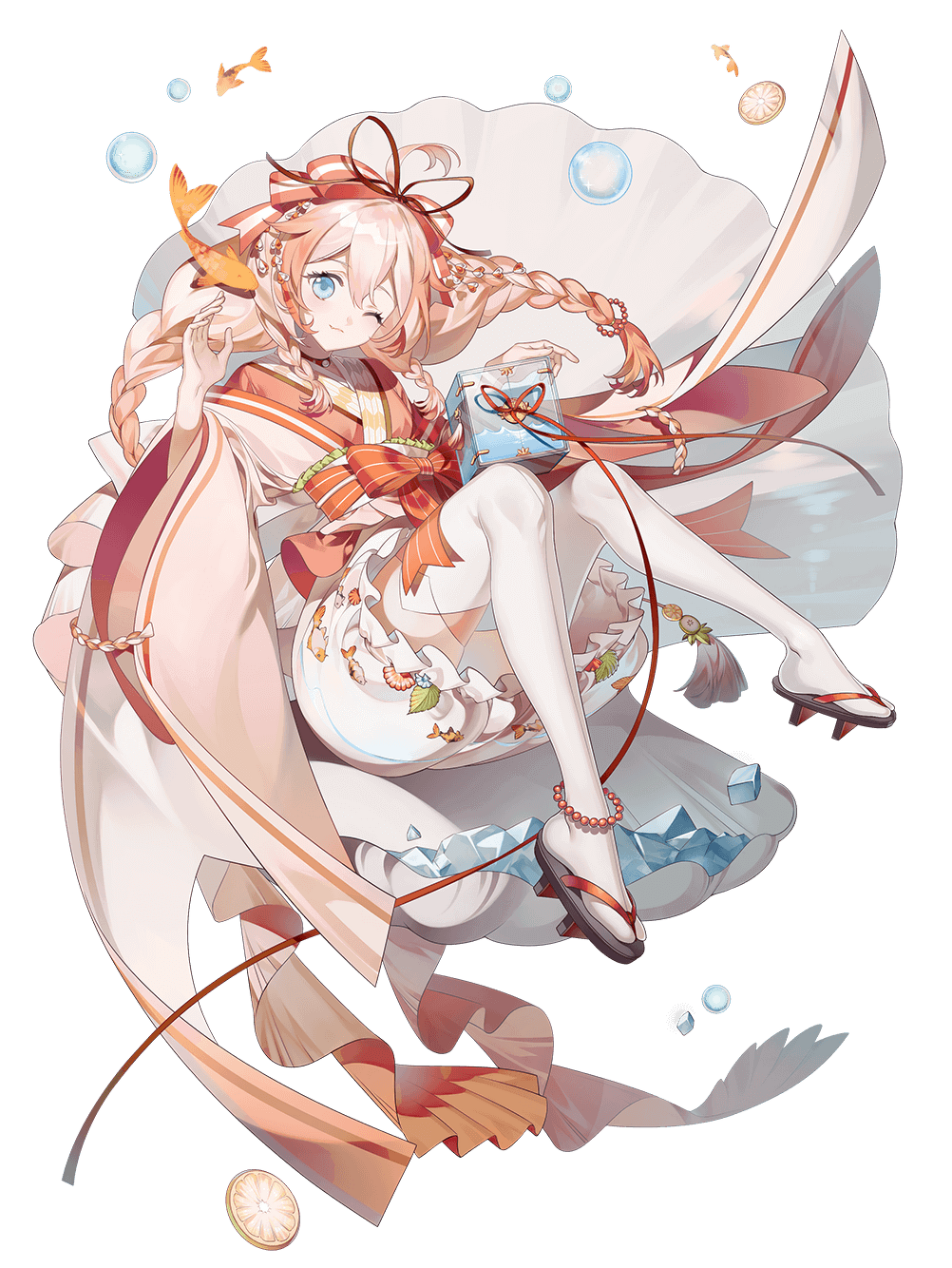 The little princess of Dragon Palace. Smart, lively, and naughty but always aware of the limits she can go. This is why everyone is unable to get angry at her. She relies on her adorable appearance to act like a spoiled child. She's always followed by a guard sent by the castellan. Rather than saying the guard is protecting her as a guard though, it's more like he's keeping her from committing too much mischief.

(Addition: She tries to act cute to the guard but always fails. The castellan and the guard are the only two that she can't handle. Once she sneaked out and was saved by one person, she tried to bring the person back to Dragon Palace, even sent out the guard, but still failed at last.)

A northern prawn which is mainly produced from an area near the Sea of Japan, it is called "Sweet Shrimp" because of its tender and sweet meat. In Japan, amaebi is a high-grade ingredient, it is an important species that is caught in northern Japan. Amaebi's sweetness is derived from the amino acids that is produced from the collagen when digestion takes place. For this to happen, one needs to wait for a moment after the amaebi is caught and brought onto the shores. Because of this, freshly-caught amaebi will lack the sweet taste. 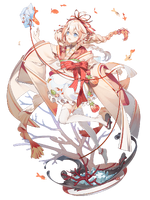 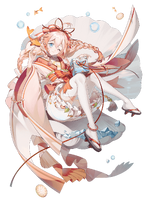 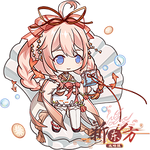 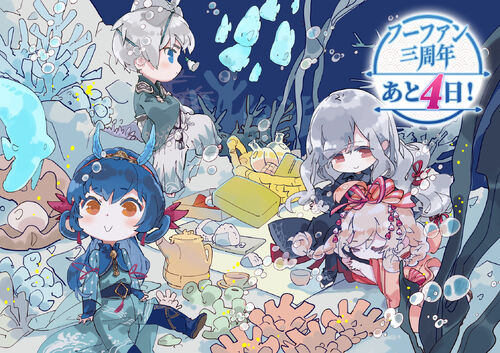 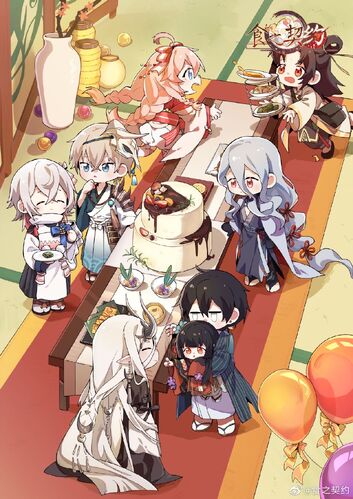