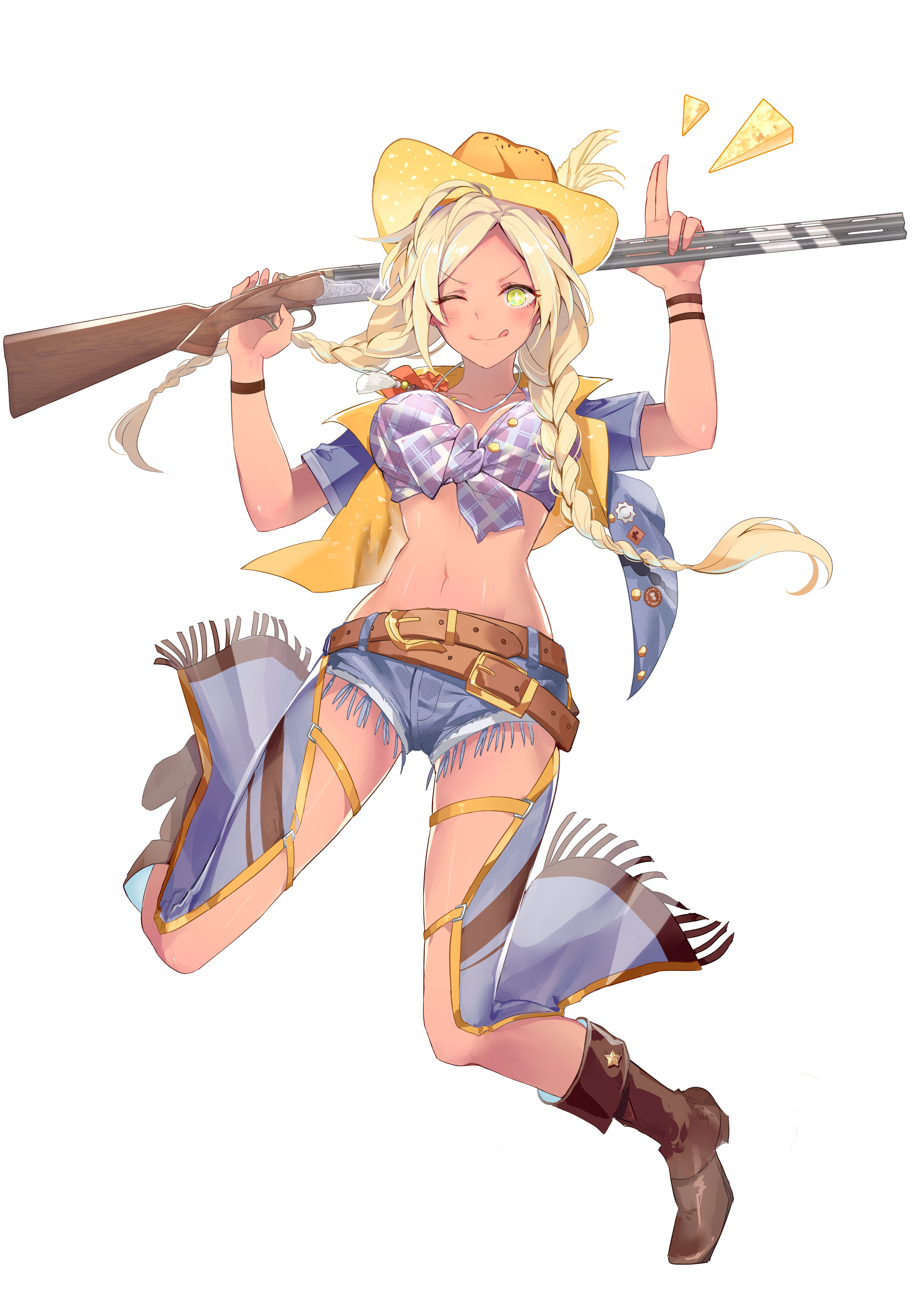 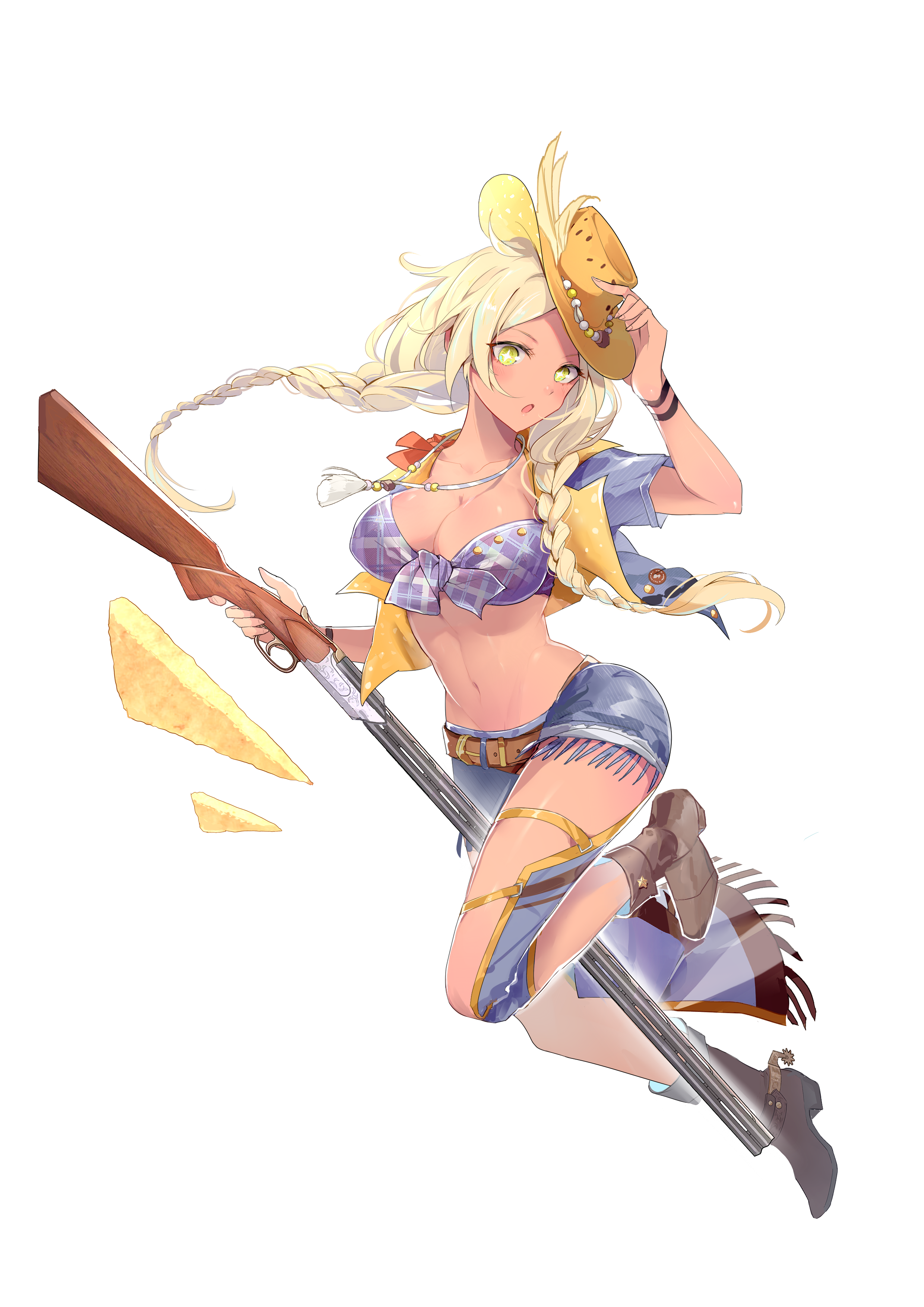 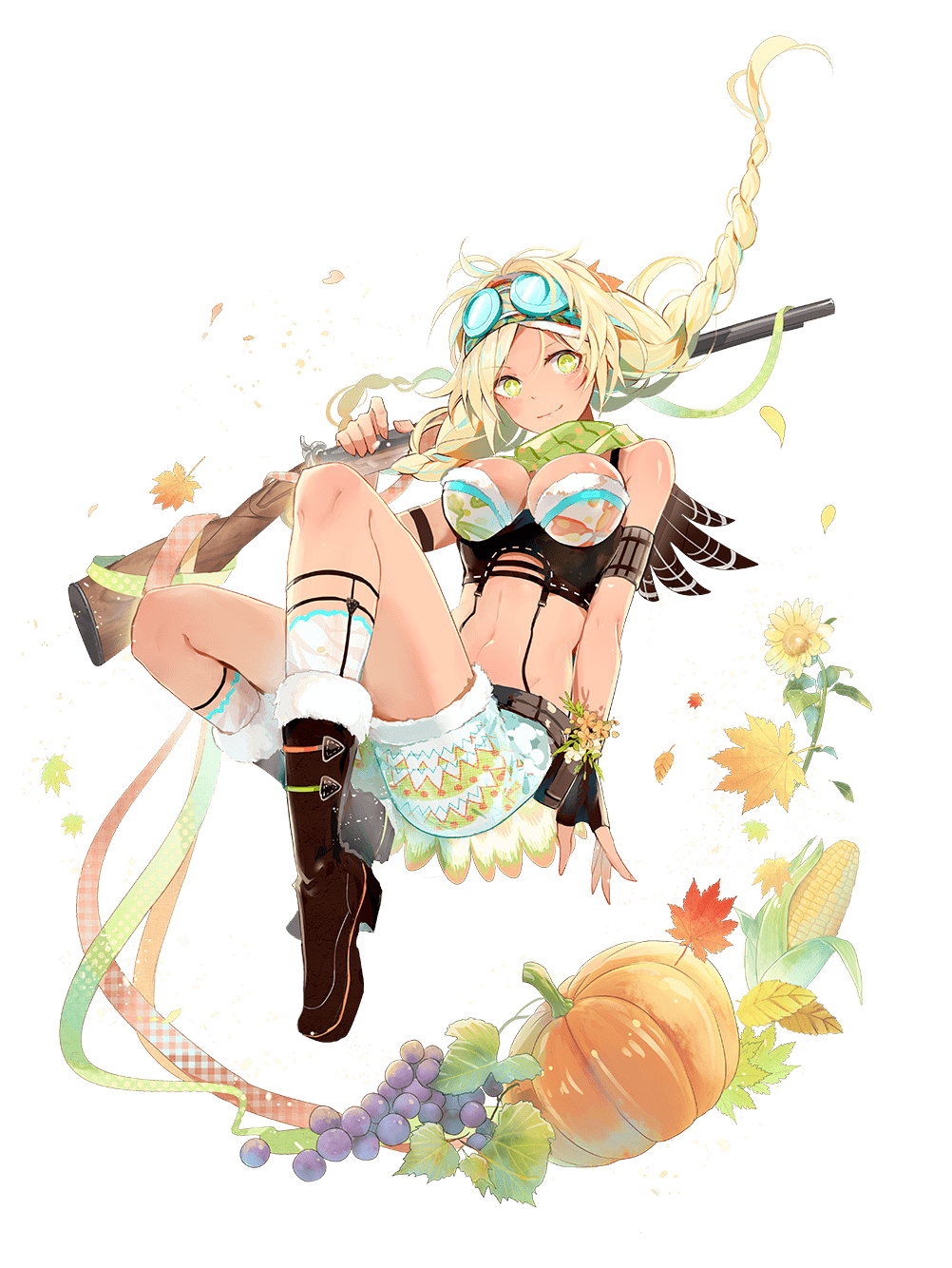 Always full of spirit, with a swaggering demeanor, and doesn't have any reservations about people based on gender. She's a Food Soul that anybody would want to be friends with.

Known on Earth as "the Golden Crop", corn has high nutritional value. After processing and baking it into bread, its unique deliciousness is further highlighted in both its flavor and mouthfeel, reinforcing everyone's great opinion of American Corn Bread. 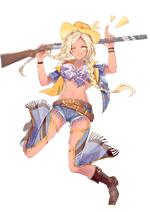 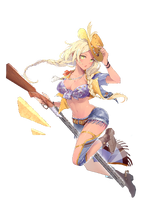 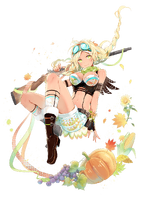 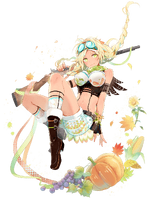 I. Cause and Effect

I. Cause and Effect

A horn sounds in the camp as the troops return from marching and battling to rest. Some soldiers were idly chatting, huddled up at a haystack near the tents, others reading their loved ones’ letters and well wishes over again, thankful that they’ve survived another day.

Even under the constant threat of Fallen Angels, this war between humans of Gloriville and Palata has lasted 4 years and counting.

“You probably won’t get it, little girl, for their desires, humans are willing to do anything and everything.”

“Not ‘little girl’, I’m a Food Soul!” Knowing I couldn’t come up with an answer to such a complex conundrum, I refuted what I could. Of course, this old man with a face full of beard seemed of no help to me.

“Hahaha, standing strong in the face of adversary is great and all, but I still can’t believe it. It’s come to the point that Food Souls are being sent out onto the battlefield, if we humans keep wasting away like this, there’s really no hope for the future anymore.”

“You shut it, looks to me that you’re having fun!”

Originally, I was added to the troops in hopes of aiding the humans in battle, but I couldn’t predict who the enemy would be. Finding out the enemies are also humans, knowing that nothing will come of humans battling like this, I didn’t know what to think… But whatever, just gotta fight!

“There’s nothing on the line for you Food Souls, but to humans, this is far from the end, why else would anyone put their lives in line of fire for no clear reason?”

“I really don’t care much, but isn’t the top priority keeping humanity alive right now? If you stop this war and let me battle Fallen Angels, I’d be much more obliged, why not?”

“Until the desired outcome of the higher-ups is achieved, nothing will change.”

“What about you? All these years, what were they for?”

Beardy paused, looking at me with an expression of helplessness.

“It’s quite unrealistic, I’m fighting for peace, but perhaps that ideal can only be achieved once this all ends.”

Humans and their ideals are extremely interesting to us Food Souls and his words were a motivation for me as well, but that ideal was truly quite impossible to achieve.

In coming battles, my bearded friend was killed in action, and the only thing he left behind was a letter from his daughter, wishing for him to return home soon.

The enemy soldier who killed Beardy was quickly captured by me. To humans, the power of us Food Souls rival the Fallen Angels. Unless there are the restraints of a contract, they stand no chance against one. That’s why this tied up Palatian could do no more than glare.

“Gloriville bastards, I’ll kill you all!”

If I were human, I’d have torn the guy limb from limb to avenge Beardy, but really, what I was feeling was more like confusion and annoyance.

I slapped him on the face and he got even more agitated, all sorts of unacceptable expletives by human standards bursting out of his guzzler like he’s trying to drown someone with spit alone.

I blessed him with another slap to the face with every retort, and he only stopped when he felt his face get swollen, unwilling to invite more pain.

“Pointless killing on the battlefield… It probably seems natural to humans, but I’m quite sick of it at this point.”

“These past four years, countless men have given their lives to the war, and even more have died to the unexpected Fallen Angel occurrences, to this extent…”

Observing his malicious glare, I asked something that’s been on my mind for a long time.

“Why can’t the war just end and the two countries ally against Fallen Angels?”

“You want an alliance? How naive, as if it’s anything like your simple thinking…”

“You humans pride yourselves on your intelligence, and I can’t do anything about whatever motivations and desires you have behind fighting, nor do I care much, but you humans are still having this petty war on the brink of extinction, you guys are really so dumb it’s hilarious!”

“What would a Food Soul know!?”

Agitated by my words, eyes wide, he glared at me, refuting with a meaningless argument, unable to do anything more while tied up.

“I don’t need to know anything, we exist just to protect you, protect humans, and we fight till the end with that goal, but you humans don’t ever think that. Food Souls exist to exterminate Fallen Angels, not humans! I can’t believe it’d take a catastrophe for you people to realize something so simple!”

The Palatian said no more, but disgust was still written all over his face. I was going to punish him, but now I’ve lost interest too after saying all that.

Pulling out my knife, I cut the ropes binding him and stepped back.

“You’re letting me go? You think I’ll be thankful for this?”

“Awful lot of complaints you’ve got!”

He only turned around to escape once I raised my hand in preparation for another slap to the face. Only when I returned to camp did I find out he was a child of the Palata Sage King.

Capturing anyone wasn’t going to change the course of the war that’s been set to continue. As for the humans’ fratricidal war, I still had my own concerns.

At sunrise that day, the camp was assaulted again, unfortunately by the humans’ least desired enemy: Fallen Angels.

The transport line between the capital and the frontlines has been compromised by Fallen Angels, as confirmed by the Fallen Angels attacking from the line’s direction.

In the commotion, some other Food Souls at the camp and I defeated some, but the situation worsened and more Fallen Angels kept pouring in, keeping even me on my toes.

The camp commander got on his steed, directing the troops to escape in another direction. Just then the shaking of the earth grabbed everyone’s attention, and a cloud of dust moved steadily closer from Palata’s direction.

“Dammit, Palata’s taking advantage of this! The majority of you deal with the Fallen Angels, the rest of you get ready for battle!”

As soon the commander gave the order, I noticed the incoming troops holding white flags high and interrupted him. Even before he had the chance to question the interruption, the Palata soldiers arrived, one of the leaders being the prince I beat up.

Still on opposing sides, he glared menacingly at the soldiers crowded around and ready to attack, then looked at me.

“I take you’ve thought it through?”

I asked, feeling a smirk tug at my lips as he put on an expression of humiliation, lifted his sword, and answered.

With the aid of the Palatian troops against the Fallen Angels, stress on our side was greatly reduced, turning the tables on them finally and emerging victorious.

Later, the Palatian prince seemed unwilling to converse with war enemies of four years, and it was up to me to talk to him.

Seeing his eyes glued to the ground after getting off his steed, I took the initiative.

“I got a message from an aide… Father’s condition has deteriorated, it was originally planned for my elder brother to take the throne, but he was framed by a piece of trash of a younger brother and killed himself, and the piece of trash became the crown prince.”

“I thought that elder brother would become king after the war ends, and Palata will be able to stand its ground against Fallen Angels, but now… everything’s a mess.”

“I suppose you were right, even if this battle ended, there would still be this pointless internal warfare… Compared to fighting each man for himself then be inevitably obliterated by Fallen Angels, I’d rather do something more meaningful.”

“Oh, hahaha! Ain’t that it then, since we’re gonna fight, let’s point our weapons at the right enemies. Good that you get it, and there’s hope for this war to end now!”

“I didn’t expect I’d be praised by a Food Soul… but yes, it’s about time for this war to end. However, it won’t be enough that just I myself agree, and this support mission was just my idea alone too.”

“I believe that we’ll be able to ally together, but I do have to settle that stuff at home first.”

In the distance, the prince’s troops began assembling, and the prince left on his steed to rejoin them.

“I hope that someday we’ll be on the same side of a battle, and I believe it’s soon!”

“And that’s what happened.”

American Corn Bread leaned on the countertop, head leaned against one hand, concluding her past adventures and looked at her Master Attendant.

“Of course, with no more worries, it was like a weight was lifted off my chest, absolutely amazing!”

“I thought you were this airheaded because of unrequited love or something.”

“Are you questioning my affection for you!?”

Seeing her reach for her gun, her Master Attendant quickly changed the topic.

“S-Speaking of which, what about the prince?”

“The prince… I haven’t heard from him since, but either way, the war did end.”

“But even now, Gloriville hasn’t formed an alliance with Palata, it’s a pity.”

“I did all I could back then, for this bothersome mess to improve, you humans have to take the initiative.”

“Me? Of course, I’m sticking with you, Boss, I’ll go out to battle for you without a care!”

Like a silent agreement, American Corn Bread smiled and gave her Master Attendant a punch, the latter falling over weakly, but that’s beside the point.