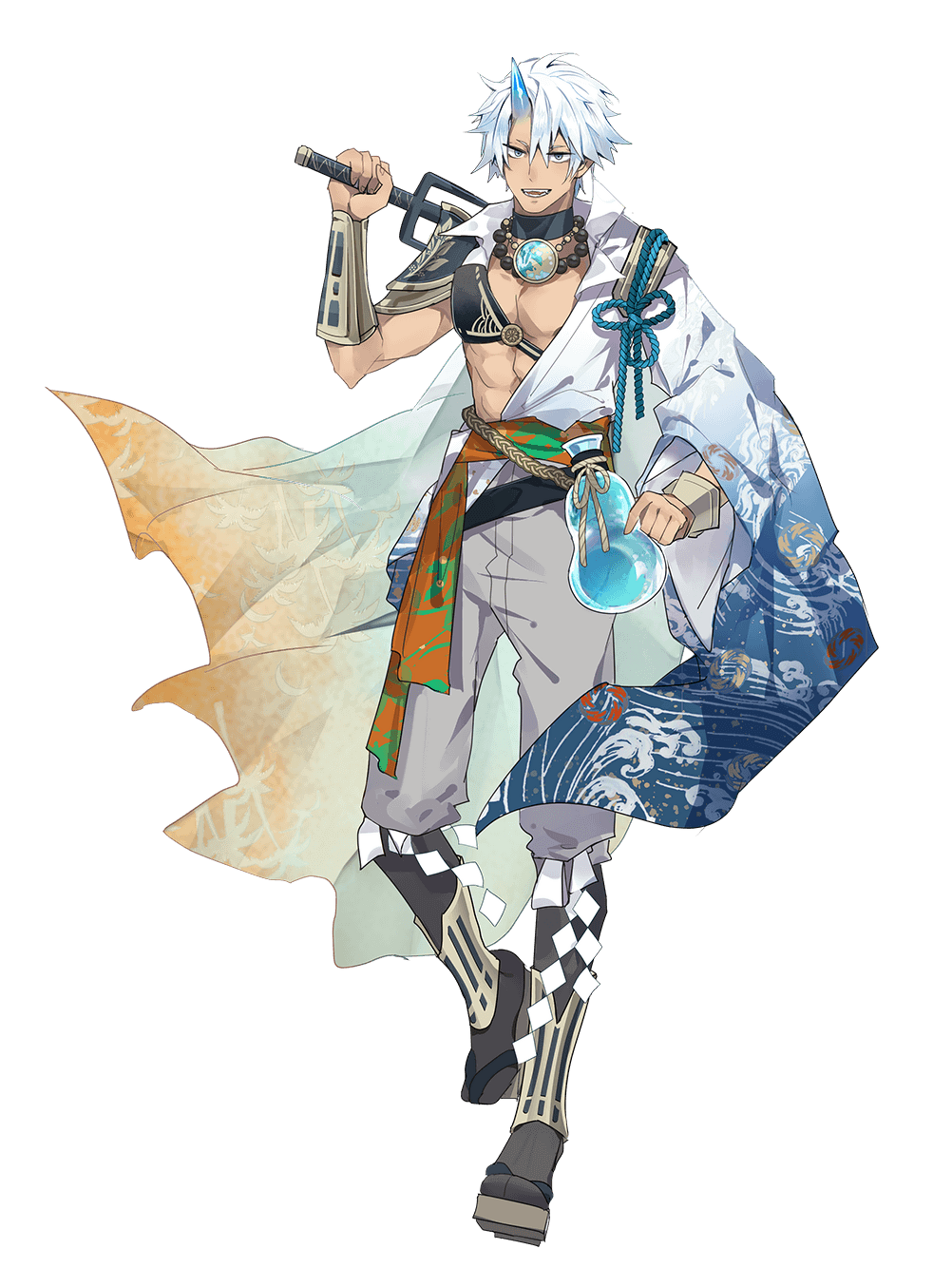 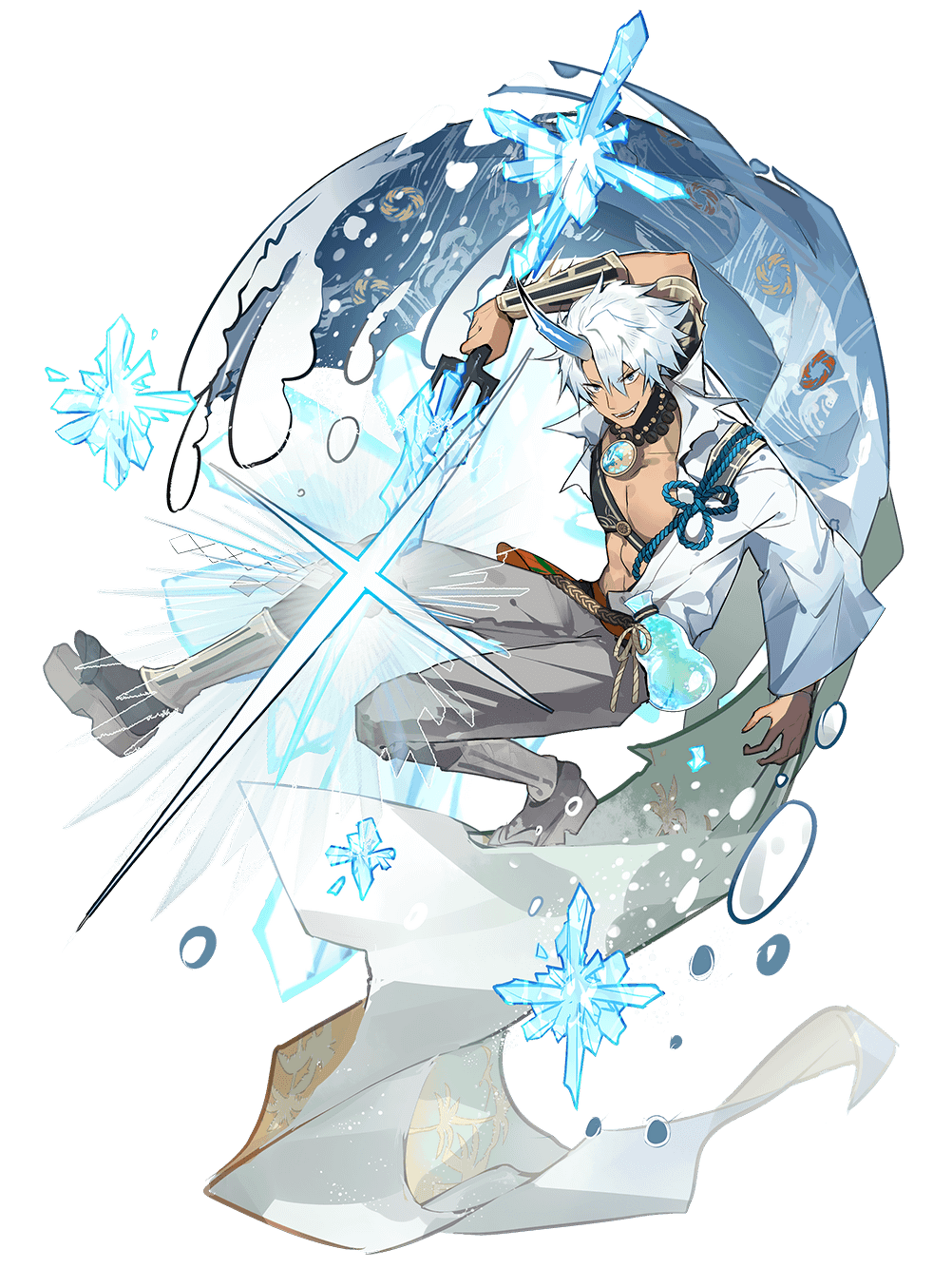 Formerly the king of a certain small island in Sakurajima. He's a self-styled man of the people and enjoys getting together with friends around a campfire, drinking and telling tall tales. He is quiet territorial, but also patient (it takes three years or more to make aged awamori, or "kusu"). He enjoys the company of beautiful women, as well as the well-muscled bodies of his own gender. He believes there are too many beautiful things in this world, and in order to protect them, he feels it's a necessity to get rid of the unseemly things in life, like exiling a foreign enemy.

Awamori is a type of strong alcoholic drink specially produced in the Ryukyu Islands. It is distilled from rice and is the base for shochu, making it Japan's oldest distilled liquor. In the first step of production, Thai-style indica rice is turned into a mold called "koji", to which water and yeast is added for fermentation, after which there is a single distillation to produce the liquor. This traditional distillation method has persisted for more than 500 years, and many wine makers in Okinawa still continue it to this day. 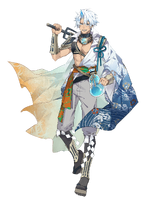 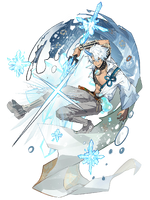