View source
watch 02:17
New Pokemon Games - The Loop
Do you like this video?
Play Sound

Beast Dumplings are the larva of the Devouring Beast, an ancient Fallen Angel. During their infancy, Beast Dumplings are small and delicate. But when it comes to food, they are a bottomless pit and require large amounts of food to be trained. Although Beast Dumplings may seem cute, their temperament is not. Because of their appearance after maturing, they hate when other people call them cute. However, the number of times that they have this opinion of themselves is unexpectedly many.

that Dumpling absorbs. This gives it Energy.

Guild members can each feed Dumpling once a day, choosing among the selected recipes of the day. Dumpling picks 4 favorite recipes every day (one from each type of Cuisine) and can eat up to 20 dishes.

. The amounts you receive depends on the Grade of your recipe and Dumpling's daily preferences.

Feeding Dumpling food increases its Fullness level to a maximum of 100.

Beast Dumpling evolves as its Energy level goes up. 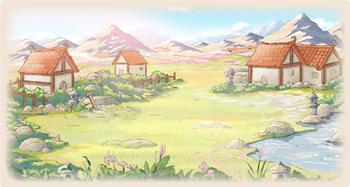