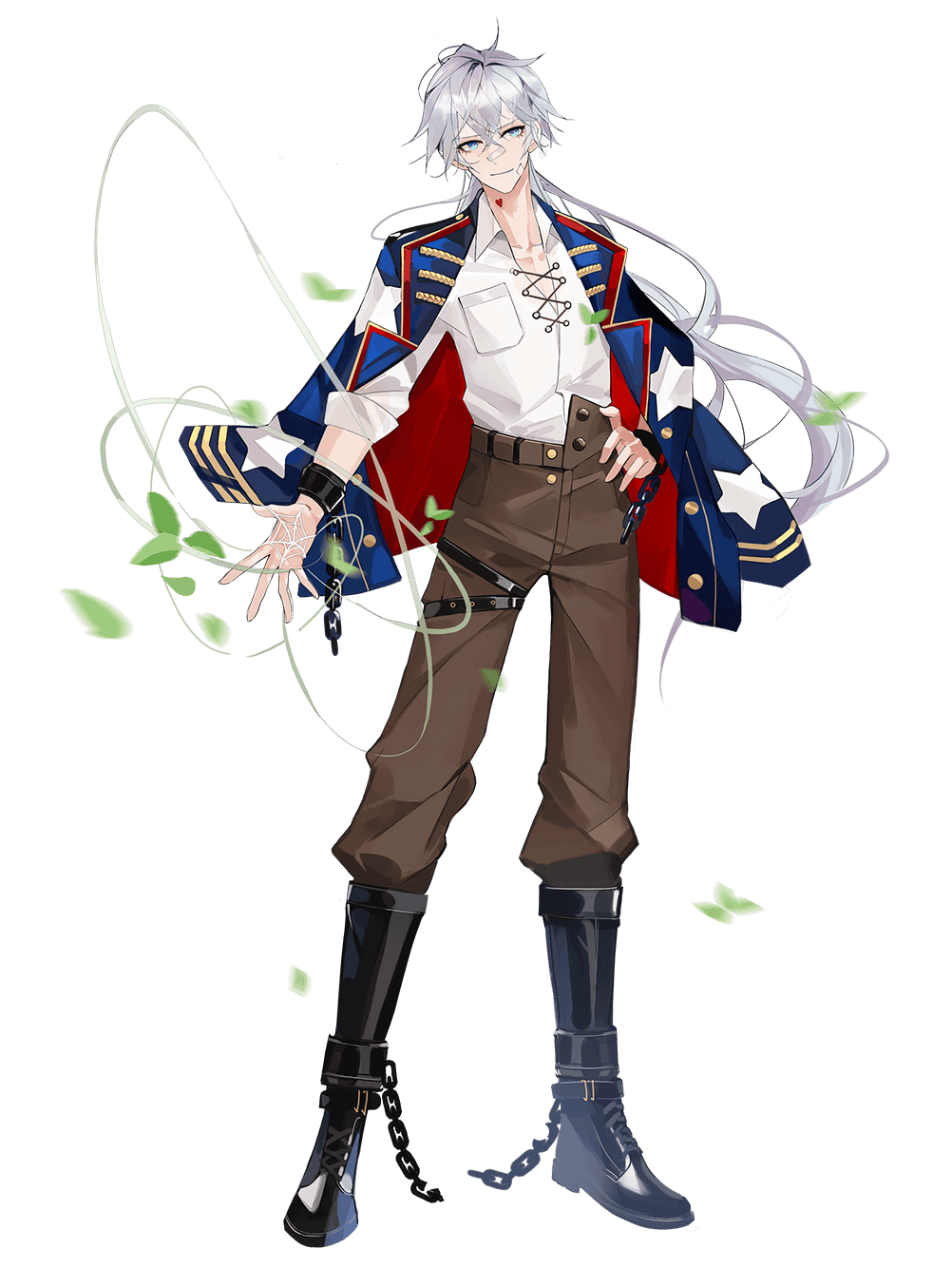 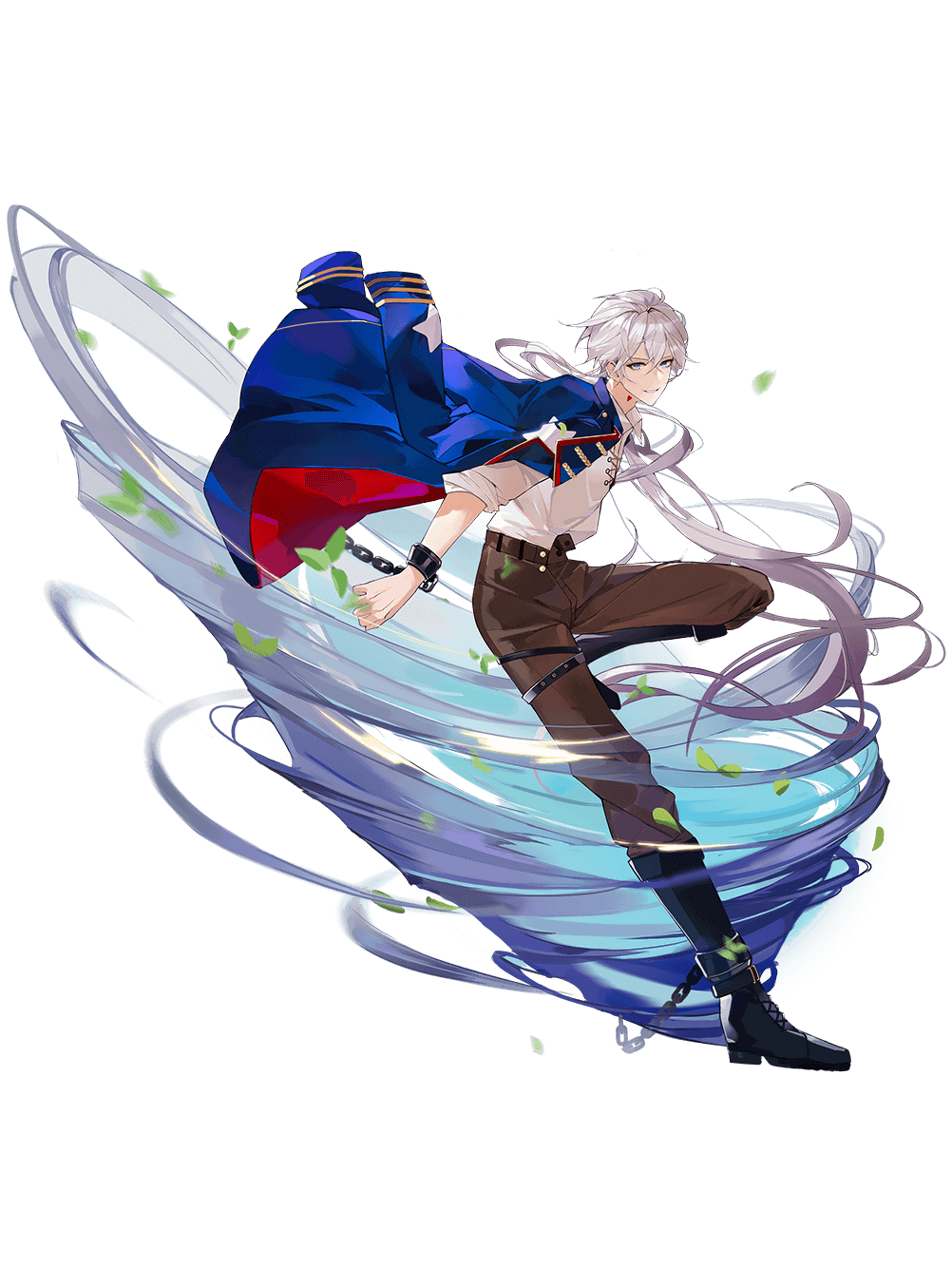 Chewing Gum was summoned into being in the fires of war, but does not wish to become a soldier who simply follows orders all the time. He is by nature a freedom-seeker, unwilling to become anyone's property. He rebelled, but was unable to remove the shackles of his oath to his attendant. The shackles dig into his wrists and ankles, overtime becoming a part of the eternal pain he feels, yet he remains undaunted. He has a quirky personality, and he's willing to make friends on his path to freedom, but no one can truly make him halt his steps.

Since ancient times, humans have had a habit of chewing on things, both for oral hygiene and for pleasure. Later on, this type of cleansing chewing gum was developed into a candy that adults chewed at their leisure. Modern chewing gum is made of a natural tree gum called chicle, and it originated in the USA. In 1800 in America, a man named Wrigley added sugar, mint and other ingredients to tree gum to make a refreshing and sweet chewing gum. Today, aside from minty fresh, chewing gum can take on many different particular flavors. Chewing gum is a way for people to relieve stress and is a cultural symbol that expresses individualism. 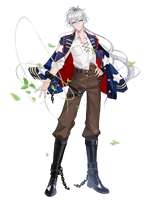 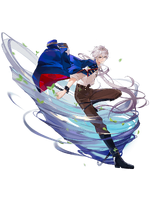