Food Fantasy Wiki
Register
Don't have an account?
Sign In
Advertisement
in: Food Souls, UR, Magic,
and 5 more 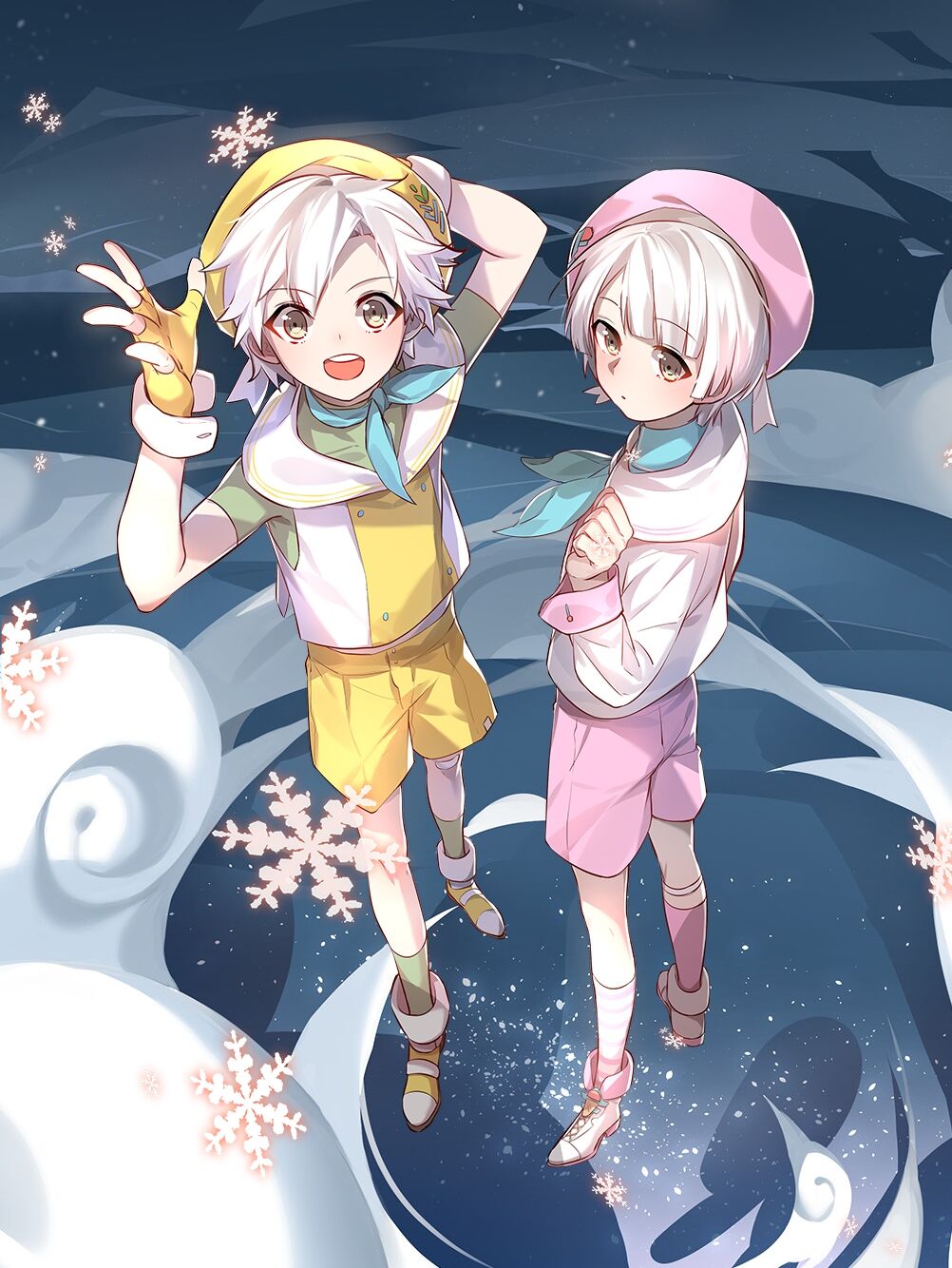 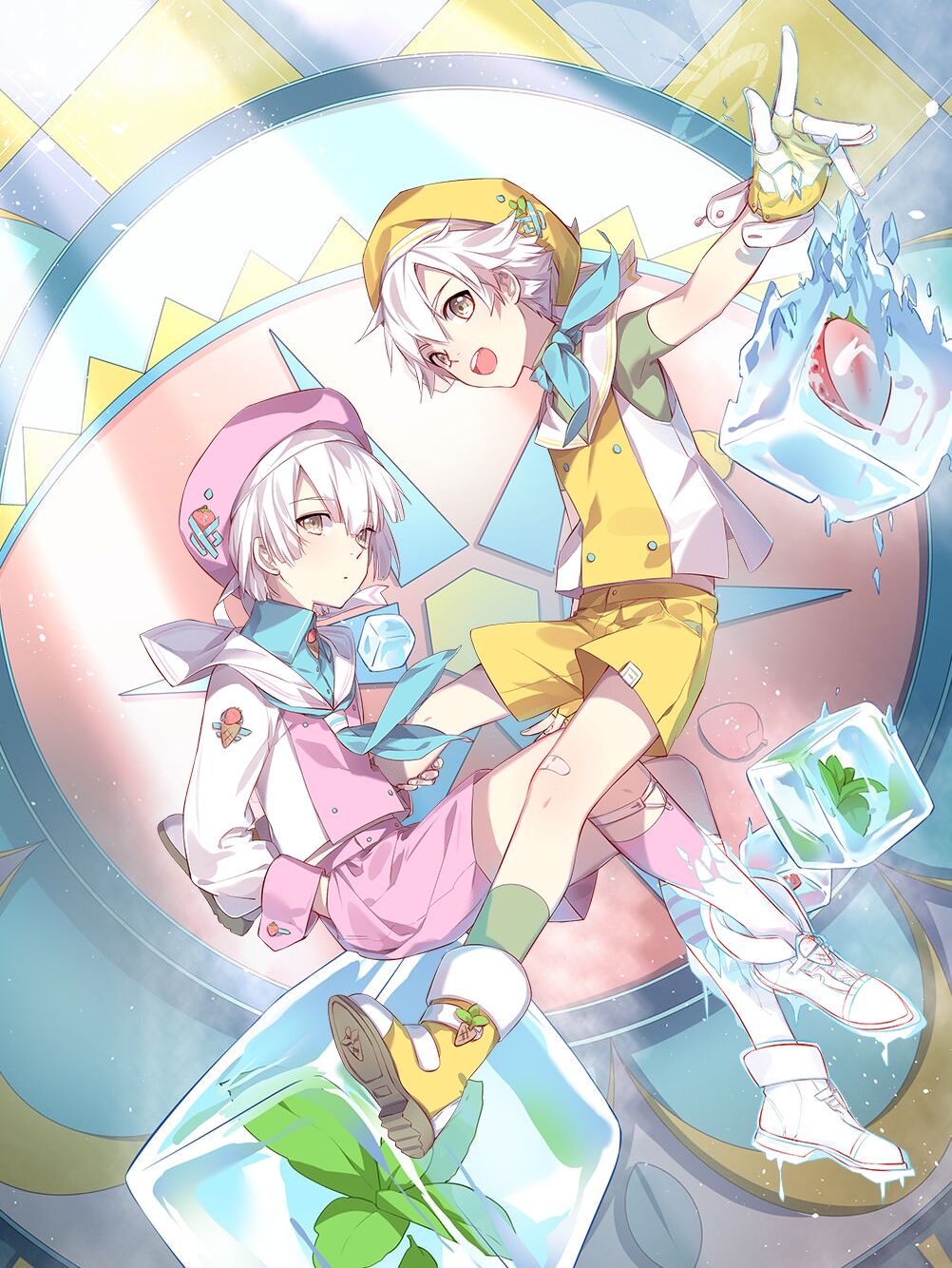 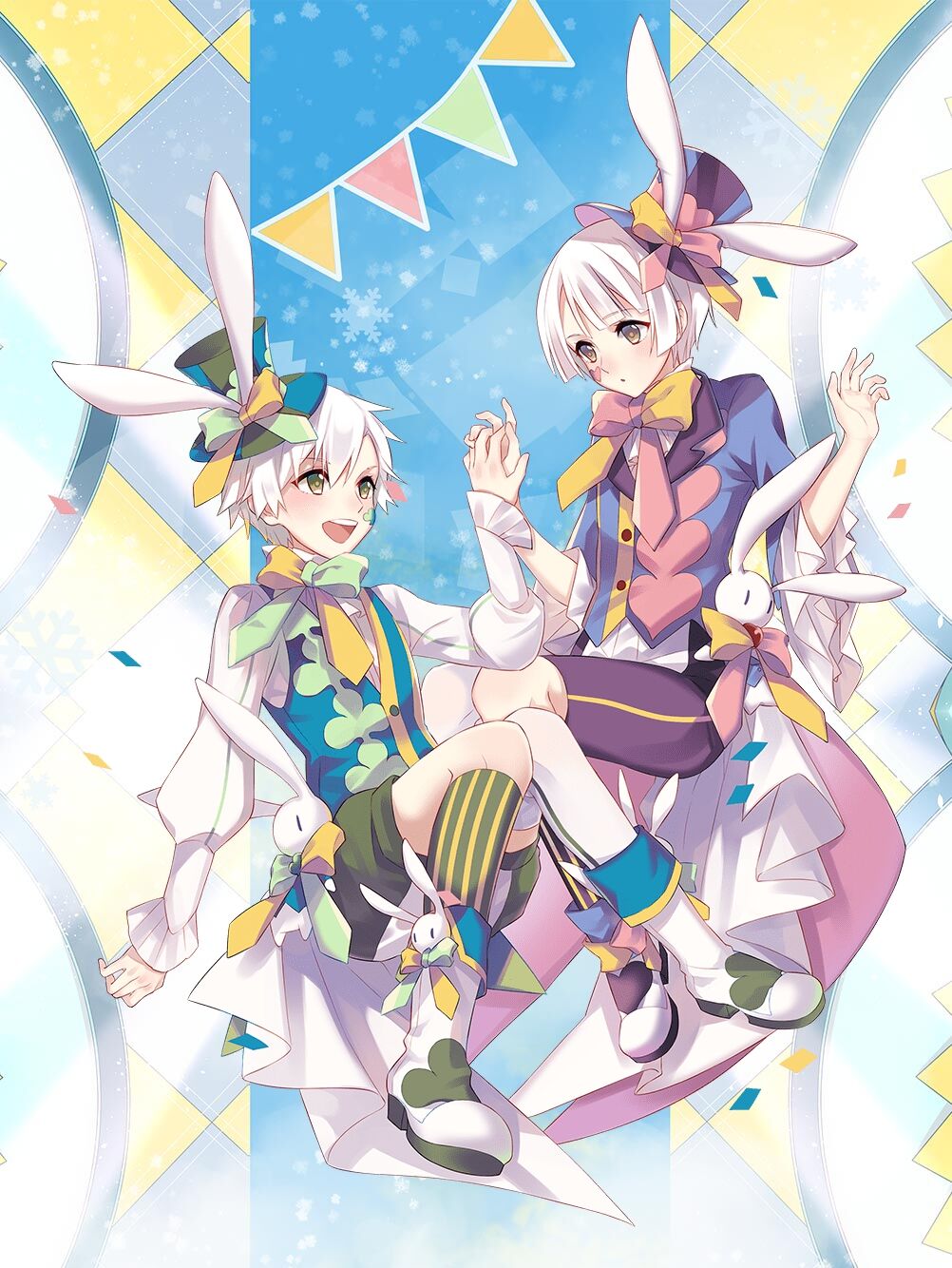 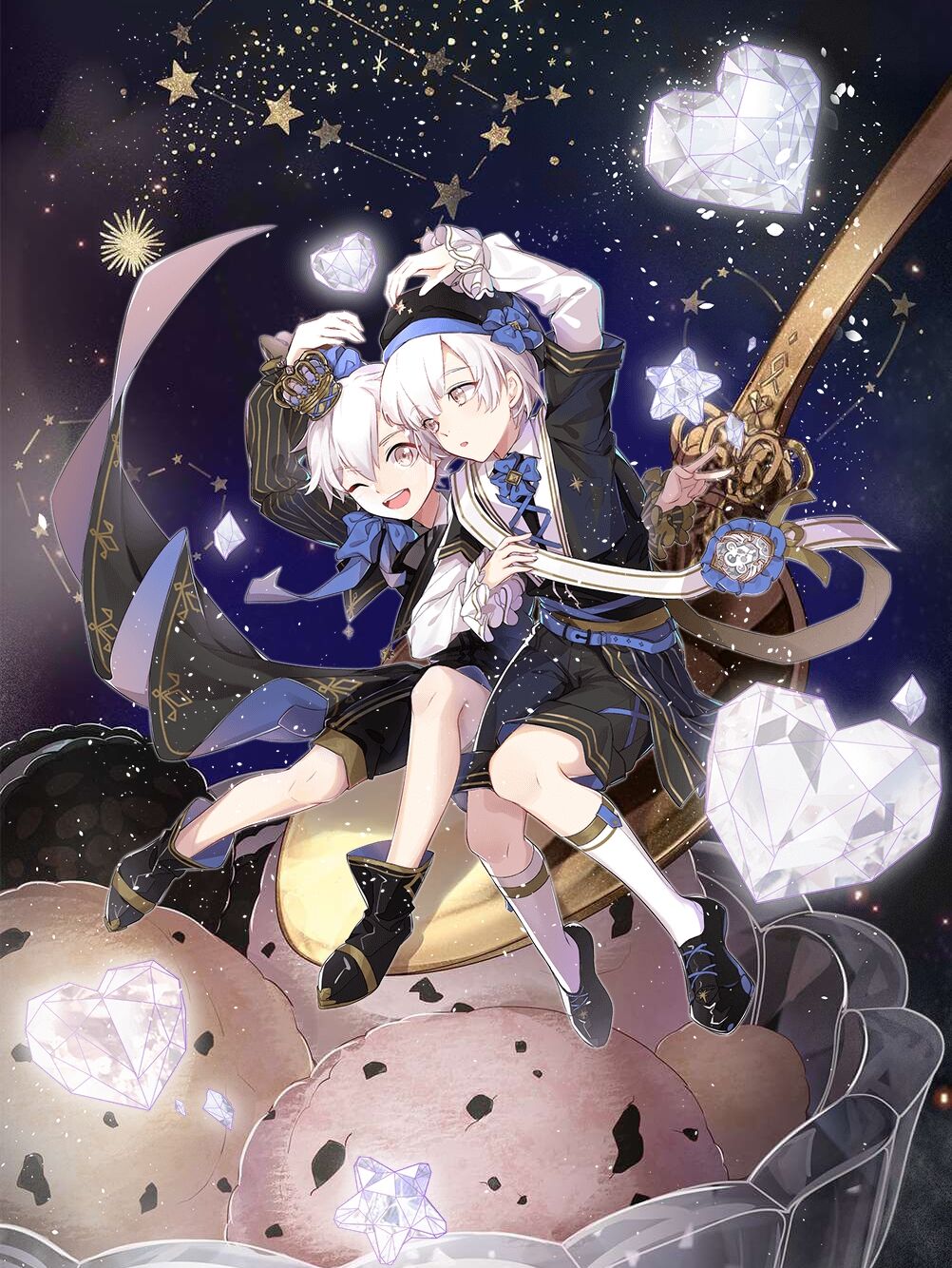 On hot summer days, they are cool, soft, and smooth. They make for the perfect dessert during summer and are loved by children. 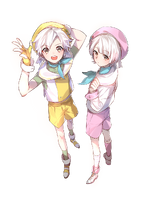 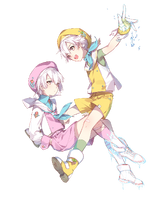 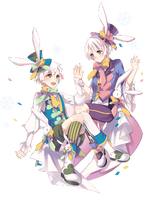 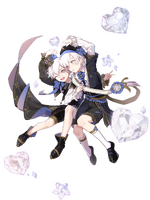 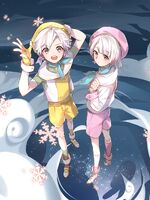 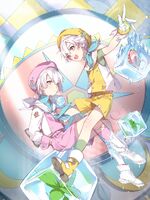 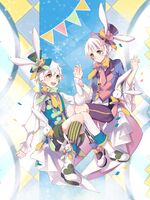 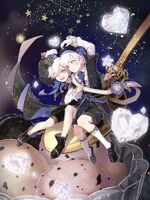 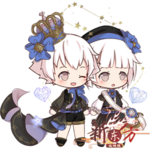 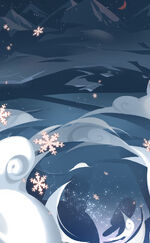 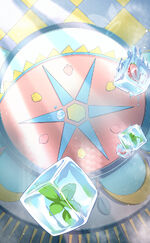 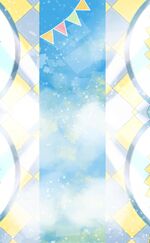 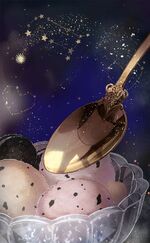 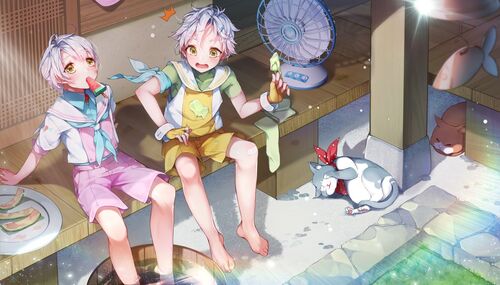 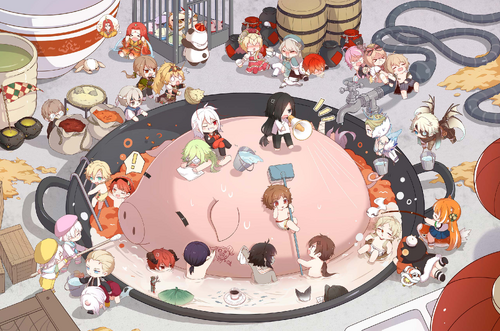 A region long covered with ice and snow, with the daunting snow-capped mountain towering overhead.

The environment is so severe that most people choose to settle as far away as possible.

However, as far as we're concerned it's a lovely place to live.

My brother and I arrived here three weeks after Master Attendant passed away, and we decided to make a new life on this snow-capped mountain.

On such a large mountain, we weren't the only ones with this idea, and sometimes when I went for a stroll I would discover signs of other Food Souls.

Sometimes I would even smell the scent of a Fallen Angel.

However, there was no communication between the various creatures that chose to make their home on this mountain that was covered with an eternal blizzard.

In a cave on the mountain we made a paradise that belonged to us alone. However, because my brother enjoys a bit of excitement, sometimes we go down the mountain and visit the human market to purchase some amusing trinkets, or to take part in different festivals.

But time flies, and soon several decades had passed.

I searched everywhere in the cave but Strawberry was nowhere to be found.

He's always telling me off for running around, so when I find him I'm really going to give him a piece of my mind.

I mumble to myself as I leave the cave.

As always the snow lays thick on the ground; when I step on the snow, I often have trouble getting my feet back out again.

"He wouldn't sneak down the mountain, would he?"

My imagination began to run wild while I searched for some sign of Strawberry.

It was just then that--

There was a loud noise not too far away.

I rush to the spot where the noise came from, and I found just what I was looking for.

I excitedly called out his name before I noticed the huge shadow behind him.

My brother's voice came from behind me, and I turned my head to see the figure I least wanted to see.

The Fallen Angel in front of me continued to let out a terrifying roar that felt like it must have made the very mountain tremble.

"Dammit, if that keeps up it's going to cause an avalanche!"

I turned my head back and began to gather my spiritual energy, hoping to control its onslaught. However, the monster seemed completely unaffected and rushed at me instead.

Suddenly, I felt someone forcefully grab my collar, and I used the inertia to dodge away from the Fallen Angel's surely fatal attack, and continued rolling end over end for several seconds before I came to a stop.

"Careful! It's coming back!"

My brother shouted urgently from my side and I straightened up, intending to help my brother drive the monster off... until I realized my spiritual energy was nearly depleted.

As though he felt my weakness, he stepped in front of me, reaching behind to hold my hand.

I could tell he was very afraid because the hand that held mine was trembling. But he kept up a brave face in front of me.

He really can be an idiot.

It launched another attack at us. Faced with its overwhelming strength, I couldn't help but tightly squeeze my brother's hand.

Was this really how it all ends?

For a moment I seemed to hear the cry of an eagle, then we were swallowed up by a sudden avalanche.

"No one can resist and angry mountain,"

I faintly heard someone say.

However, when I opened my eyes all I could see was snow everywhere, and us lying among it; there was no sign of anyone else. Even the Fallen Angel who had attacked us was gone, vanished into thin air.

My brother was lying beside me, unconcious for the time being but otherwise unhurt...That other person nearby could...

Not long ago I was alone and on my way to visit the village at the foot of the mountain to buy my brother his favorite snack, then suddenly I was attacked by a Fallen Angel.

This was the first time I had encountered one in all the time we'd lived on the mountain. If my brother had been with me the monster never would have come at me.

But it was just me and I was a little anxious.

I held the monster off for a long time, but gradually I found myself losing ground, and with my physical strength waning I accidently got my foot stuck in the snow; watching the vicious Fallen Angel close in for an attack, I unconsciously closed my eyes.

When I thought I would never see my brother again, suddenly I was wrapped in a warm embrace.

I wanted to raise my head up and thank whoever it was rescuing me, but I discovered that the Fallen Angel's attack had pierced his body straight through.

The snow beneath him was stained blood-red, as were my hands.

I looked toward the Cooking Attendant who, like us, had been saved from the avalanche by an unknown force.

His breathing was already very weak.

He seemed to be whispering, but his voice was too weak, it was immediately drowned out by the roar of the storm.

I managed to make out his final wish though.

I summoned up my last ounce of spiritual energy and froze him into a block of ice as he breathed his last.

I know there's no way to save him, but I can feel he still carries a contract with another Food Soul.

So at least I hope his Food Soul might return to see him one last time.

After the death of their Master Attendant in the year 290 of the King's Calendar, Two Scoops, tired of obeying humans and mechanically carrying out tasks, decided they would live in the remote land of Nevras.

Living in isolation upon the snow-covered mountain could be dull, but they were never lonely.

Because they had each other for company.

The days passed one after another, and just when the two were beginning (to think) they would be able to live together surrounded by snow and ice forever, a Cooking Attendant appeared and ruined all that.

This Cooking Attendant had become lost and seperated from his companions during a blizzard when he saw Strawberry on the verge of being attacked by a Fallen Angel.

Without any hesitation or regard for his own safety he threw himself in front of the wounded Food Soul.

He sacrificed his own life in doing so.

As he breathed his last, the Food Soul he had rescued, Strawberry, froze him in a block of ice and brought him back to his home.

He hoped to extend the life of his rescuer long enough to be found by the Food Soul he himself was bound to.

When Vanilla, his brother, learned what had happened he converted Strawberry and used his own power to help protect the frozen Cooking Attendant. And so, even though he should have died, he was preserved in the ice.

Until eventually, one day a haggard figure appeared on the snow-capped mountain, barefoot and struggling to move forward through the ice and snow.

"Strawberry, am I imagining things or does the man in the ice look like he's smiling?"

"It must just be a trick of the light."

"That must be it...Anyway, shouldn't we go out today?"

"Good idea, it wouldn't be very good if his Food Soul can't find the path to the cave."

"But will his Food Soul come? We go out every day and there's been no sign..."

Strawberry said with determination, looking at his brother.

Vanilla nodded and took Strawberry's hand, then the two Food Souls left the cave together.