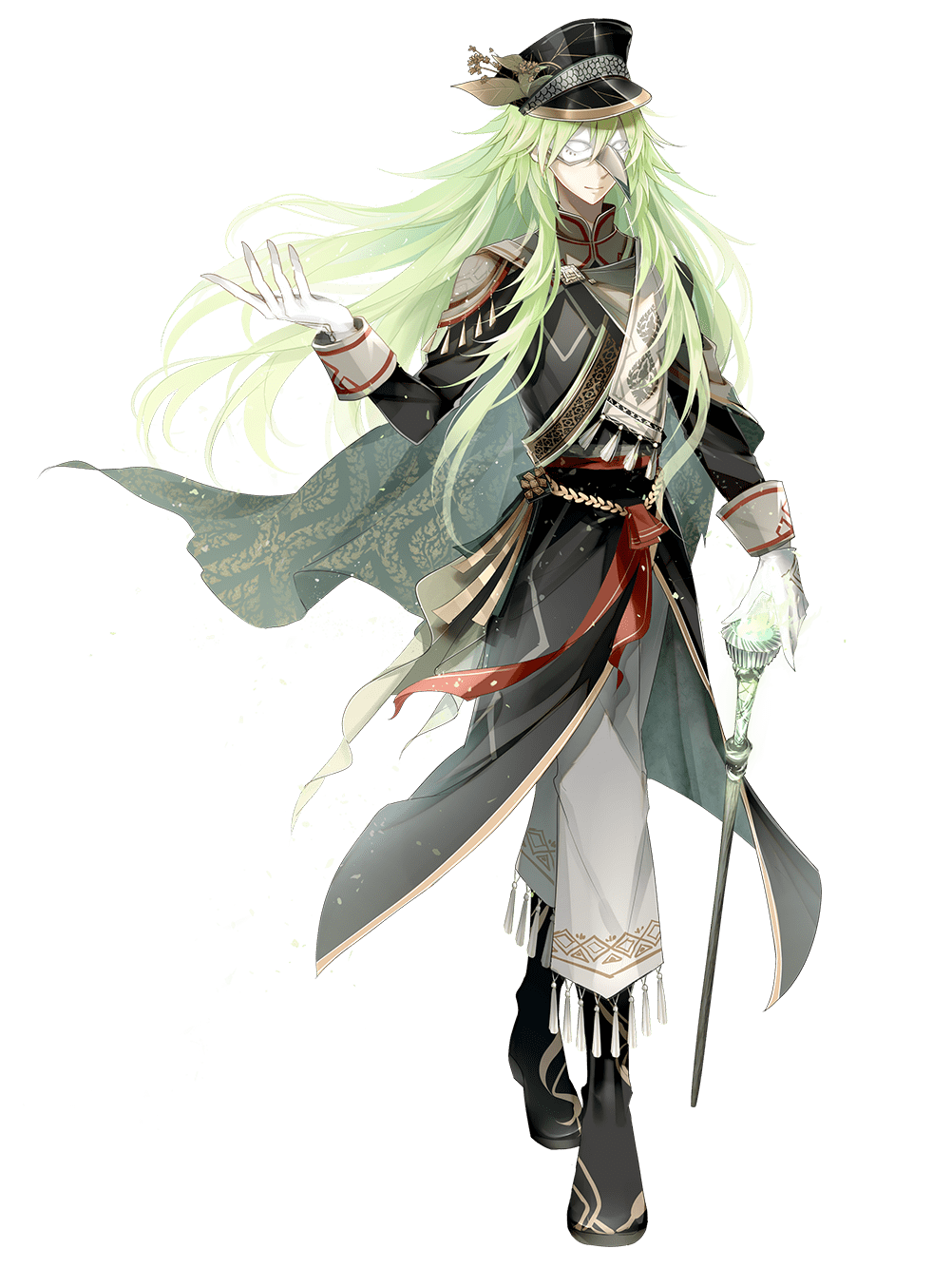 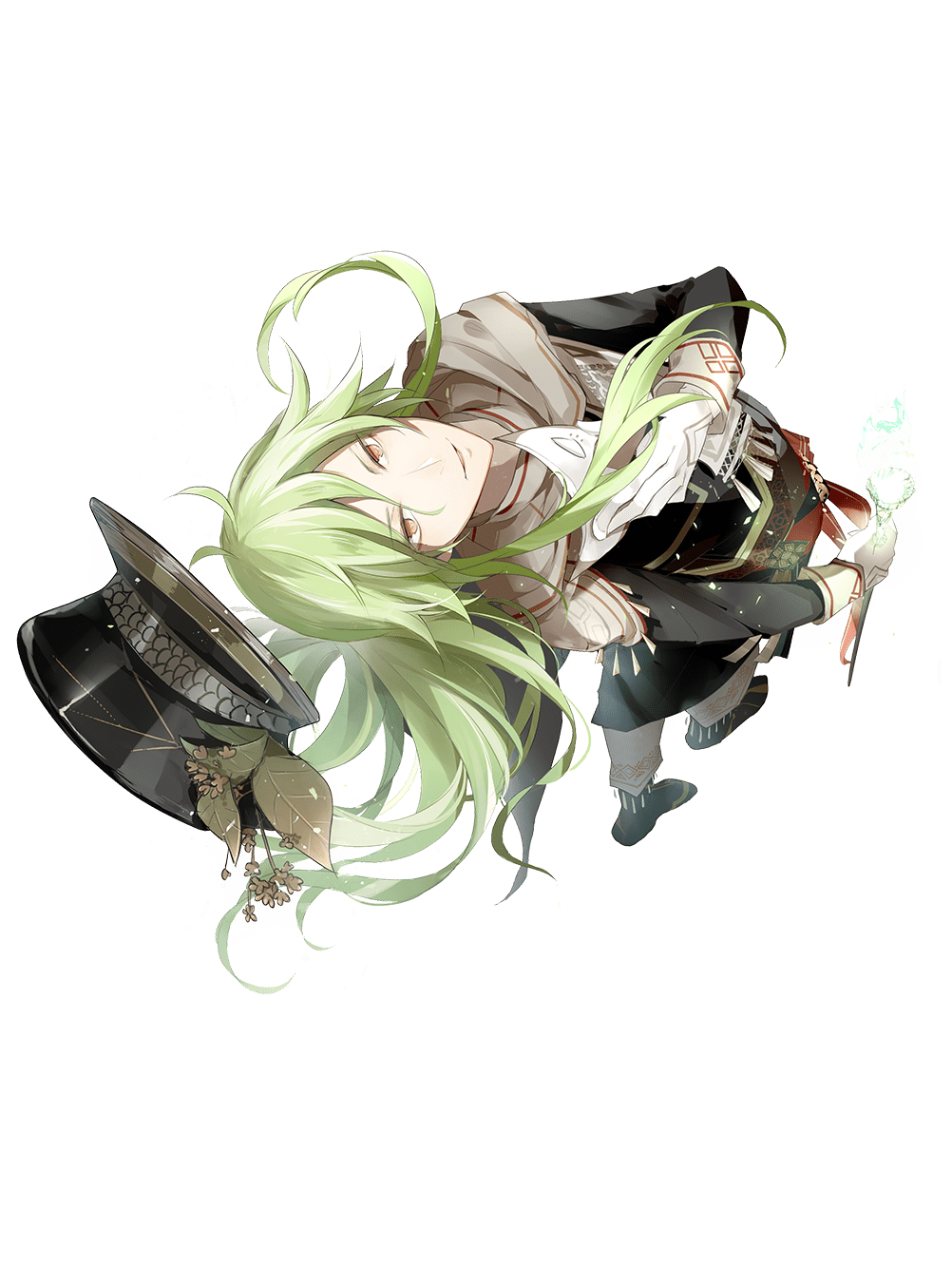 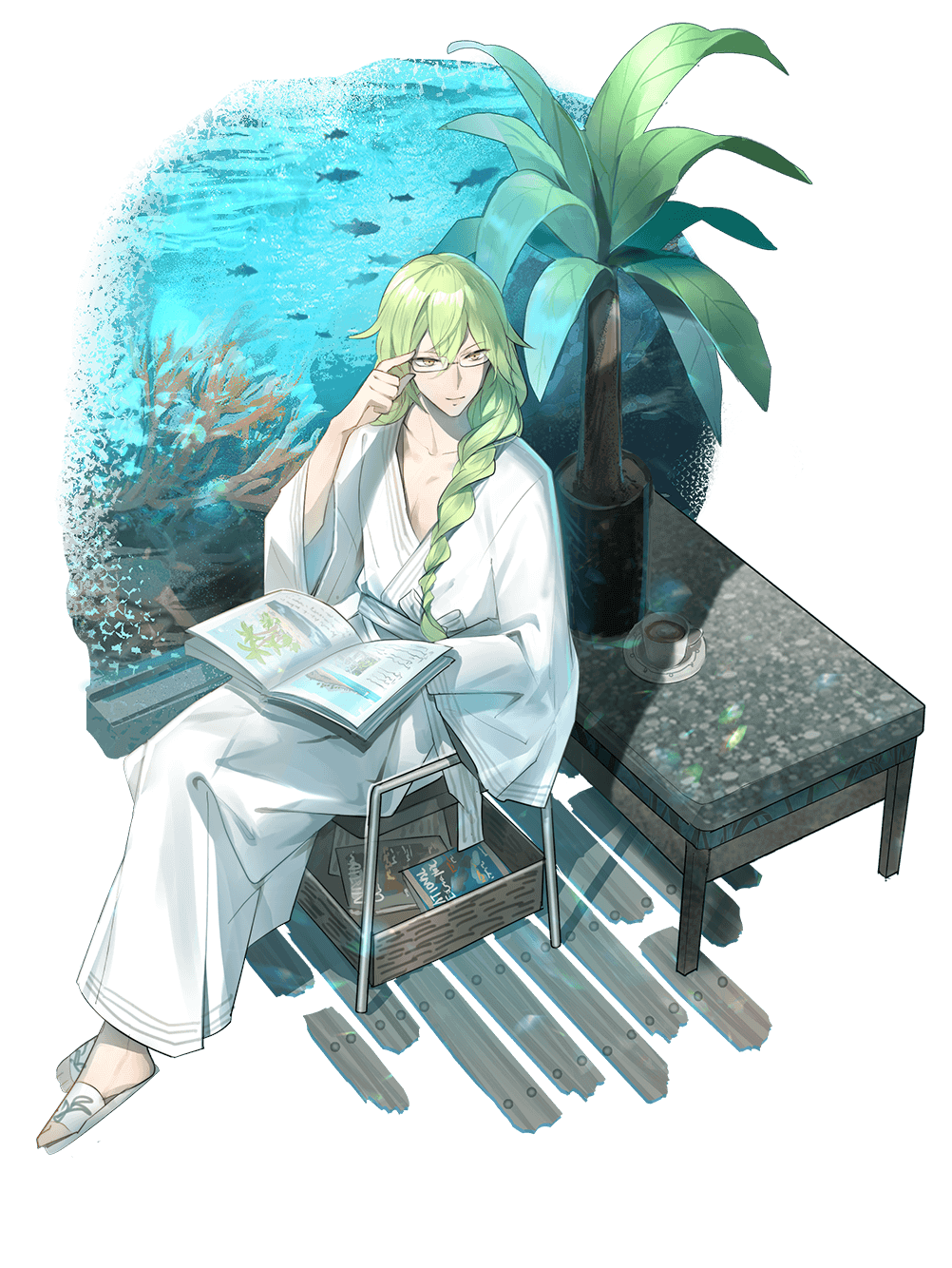 A haughty Food Soul who never shows his true face or his true feelings to others. But everything he does seems to be in the service of some interest.

Green Curry's biggest advantage is that it pairs well with a variety of meats, and also tastes delicious over both rice and noodles. Its adaptability has earned it welcome in every environment, and is a special feature that sets it apart from other curries. 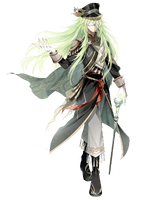 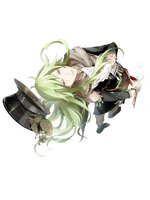 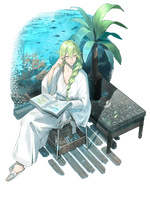 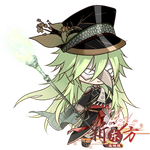 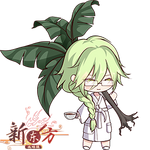 As a gift I was sent to a royal family in Palata where I was to become their property. Palata had hopes to harness the technologies to summon food souls, that I knew and to the royal families any human shaped beast with spiritual powers could be used as a rare sign of wealth. Because of this the subjects wanted to study me. The Holy King, to no strange sight had refused this.

A gathering, my first one had members of several royal families and it’s ministries attending. Amongst them were many high-minded courtiers and even the Crown Prince himself had all come to see the Holy King, and I as his property were with him. As customary I repeated the same practiced etiquette over and over as I was watched by these humans. I listened to them as they offered the holy king praise for his unparalleled “wealth”. In the shadows I noticed a skinny young man staring at me with blue eyes filled with both envy and wonder and for a while he stood there until he was noticed and scolded by the king himself. “This is my youngest son. Were he to just carry at least twenty percent of the Crown Princes intelligence I may not hate him so much.”

To tell me such a thing was enough to show me that this boy meant nothing to the King. Why he even kept him around was a mystery to me but perhaps he had his reasons. Besides any kind of cockroach could be easily found of a flaw and be decisively eliminated in the selection of a new successor and this child here was average, typical, and exactly what I fancied.

“I’ve noticed you before, there is no one else around now. Did you want to talk?” The young boy for a moment was confused. “Me?” He was not very aware and through this conversation I now know for a fact that my desire for power wasn’t on a whim, as expected of course.

“I’ve heard that in Palata, the people were forced to migrate into the wastelands when the great God (*Mirage) had fallen and they still are suffering from it to this day.” “May God bless them” the prince says as I continue on. “You must know that it is not a God that they need but rather a king that can offer them the protection that they need… do you not?”

He looks at me with anticipation as he had begun to speak once more. His tone drops slightly with a bit of a waver.

“Do you think his Royal Highness; the Crown Prince will be able to help his people?” “What do you mean?” I ask the young man and he soon shows nervousness as he awaits for an answer he had hoped to hear, not what I had. “Listen, I have the power to give you what you need to act as you wish and the environment to do so. The people of Palata would benefit greatly, so long as you were to become the next generation holy king.”

Brother had once said that human beings can benefit from another’s interest and can overcome any ethical bottom line that is known and this seemed to be the very case now. As I also have little value to the King I can move unnoticed through the palace to set my plans and so when I show the prince this little glimmer of hope I see he is exactly what I needed. As fortune would have it I can also Grant him his wishes.

I quickly took advantage of my role and identity to gather rumors throughout the palace and had learned a great many things. Most of them were also confirmed. One happened to be about the Holy King. He had been pampered all of his life preventing any knowledge of the outside world and it’s workings. Another, he seemed to be fading and anyone who had gotten close to him could confirm this. He had little time and in fact he had so little the people’s loyalty had begun to waver, thus leading to his ever growing paranoia.

The Crown Prince had been to tied up as he was surrounded by other royal families after he had been recognized for his talents by the Holy King and soon he was mostly invested with studies and had little time. Through this time however, his integrity had become corrupted in his need to become king. The first thing he had learned to do with his powers was use it for personal gain. As for the others, there seemed to be very little difference between their families and the wall of grass within. The vassal ground was of no harm to itself when they were to gain ground or territory, however it was clear that those now unwilling to be subservient we’re to be replaced due to differences in ideals.

“Like termites gnawing away at towering trees… the surface grows weak. What was once strong and powerful could now fall with just a gentle push.” The prince speaks now. “So, could I really?” He trails off. “Oh, you should be happy as today is the day of the feast. So long as this day is used properly we should have the power to change mankind’s fate.” “Tell me, I’m really curious as to why you wear that mask.” “I wear the mask because the eyes can reveal what one desires, what one thinks. This is merely a precaution, a defense to those who oppose me. It is my way to avoid the enemy from seeing through me.”

Almost overnight all the kings, including the Holy King himself that had attended the feast had all died under mysterious circumstances which in turn caused massive panic within the palace. On the same night of the incident another food souls had broke into the Crown Prince’s room and called for him.

There was now no need for rumors, they had done their jobs and now the atmosphere within the palace had changed completely. The name of the high king would be decided on this night and for those who had thought the Crown Prince would be named would have to forego their initial conclusion and would be left in disarray. His Royal Highness, the prince stood in the Holy Kings place and had begun to rally those who had been ostracized by the royal families and this had created a powerful force. Luckily, this war would not be won by the Crown Prince as he was as arrogant as he was talentless. Plotting ahead of time I had come up with and conveyed plans to the prince in private as to ensure victory. A large number of the Crown Prince’s partisans had fled and his plans backfired this ensuring that the prince would be the winner.

By the time the Crown Prince had discovered he was alone in battle it was much to late. The battle, which I provoked, had brought forth a new crown prince. One that rose from the shadows, unseen by all including a father that stared down at him with hatred. The Crown Prince had turned the blade to himself at his own loses when the prince ascended to the throne. It was then the battle had truly ended.

Later within the year the coronation ceremony had come to end and the crown prince had become the new Holy King. He was immersed with the excitement of his newfound power.

“I can’t believe this is true. I really don’t know how to thank you!” “You don’t have to thank me, for it was you that won the battle.” “Why though? Why help me?” He asks now as he looks at me. “Why? Because I also hope that human beings can have a more suitable future and in you I can see a possibility. Do you not agree?” “Right… the future of mankind. Yes, yes, that’s it! I’ll prove that I am the best holy king!” it was for that moment that the young man had forgotten I was a food soul and had appointed as one of his own cronies.

The struggle for kingship had ended but my work had only just begun.

The door to the Holy Kings bed chamber had opened slowly and through the door the emerald green haired food soul, Green Curry had stepped inside. With a quick salute he makes his way to the King who had become old and sick and now lay in bed.

“Green Curry? Where have you been?” “My brother had come by for a visit and we sat in the living room for a little while to talk.” “Hmm, your brother?” He smiles. “Did I not tell you?” Slowly he moves closer to his bedside and overlooks the old king. “He is my most honorable brother and in fact, he had a hand in arranging my being here decades ago.”

For a moment the king looks on confused and Green Curry places a hand on his shoulder and curves his lips into a smile.

“He is actually the reason I was able to join forces with you to begin with in order to defeat the Crown Prince.” “Ah, I miss that time… I had just become the holy king.” The King looks up at Green Curry and attempts to raise his hands to him but can not find the strength to do so. Time was dwindling fast for the old king and even his words started to fail him and lose sense. “Curry, my heir… you… can you please?” After many years the Holy King had given Green Curry so many important things and the latter smiles now, softly. “There is no need.” “What?” “Ah, yes. I had forgotten to mention. My lord, your heirs simply couldn’t resist the call of the throne and in turn competed viciously for it. I am afraid that they are dead. You alone are the sole heir to Palata's throne.”

The King's eyes open wide with shock and disbelief and soon fear took their place. “You… you…” His lungs fill with a large weak gasp of breath.

“I simply just repeated a few things that I had said to you that day. I just didn’t expect your children to wind up loving the throne more than you.” After Green Curry had finished, he slowly removes his mask and stands ever closer to the Kings face. “Do you remember when you had asked me about my mask? The kings reign of Palata will end today, I give this as a gift to you. For the future of mankind.” Green curry slowly opens his eyes and reveals his cold and piercing ambers, thus revealing his true intentions. Under his sight a cold knife pierced the Kings heart. His last breath was that of pain and fear and finally his life had faded.