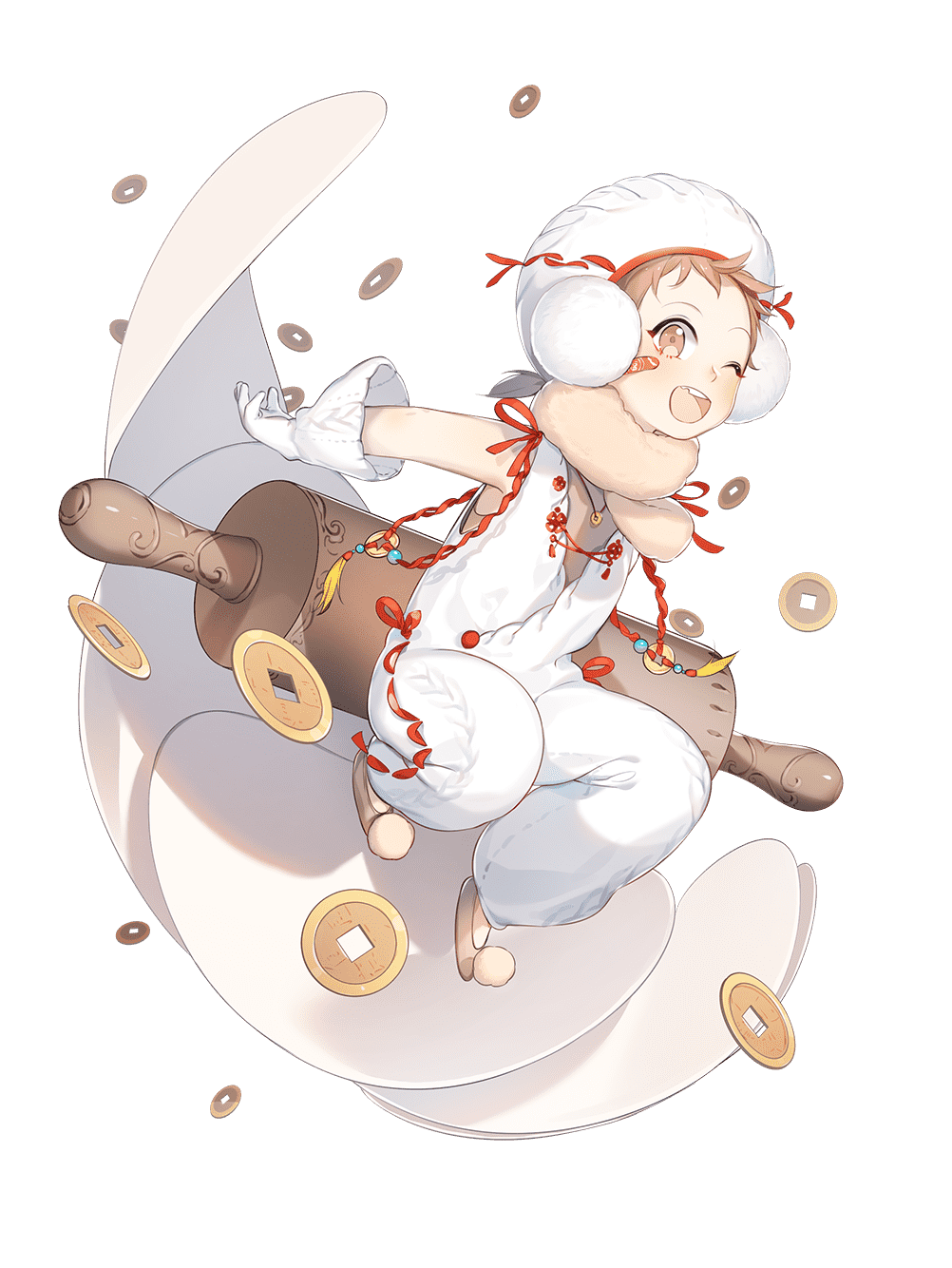 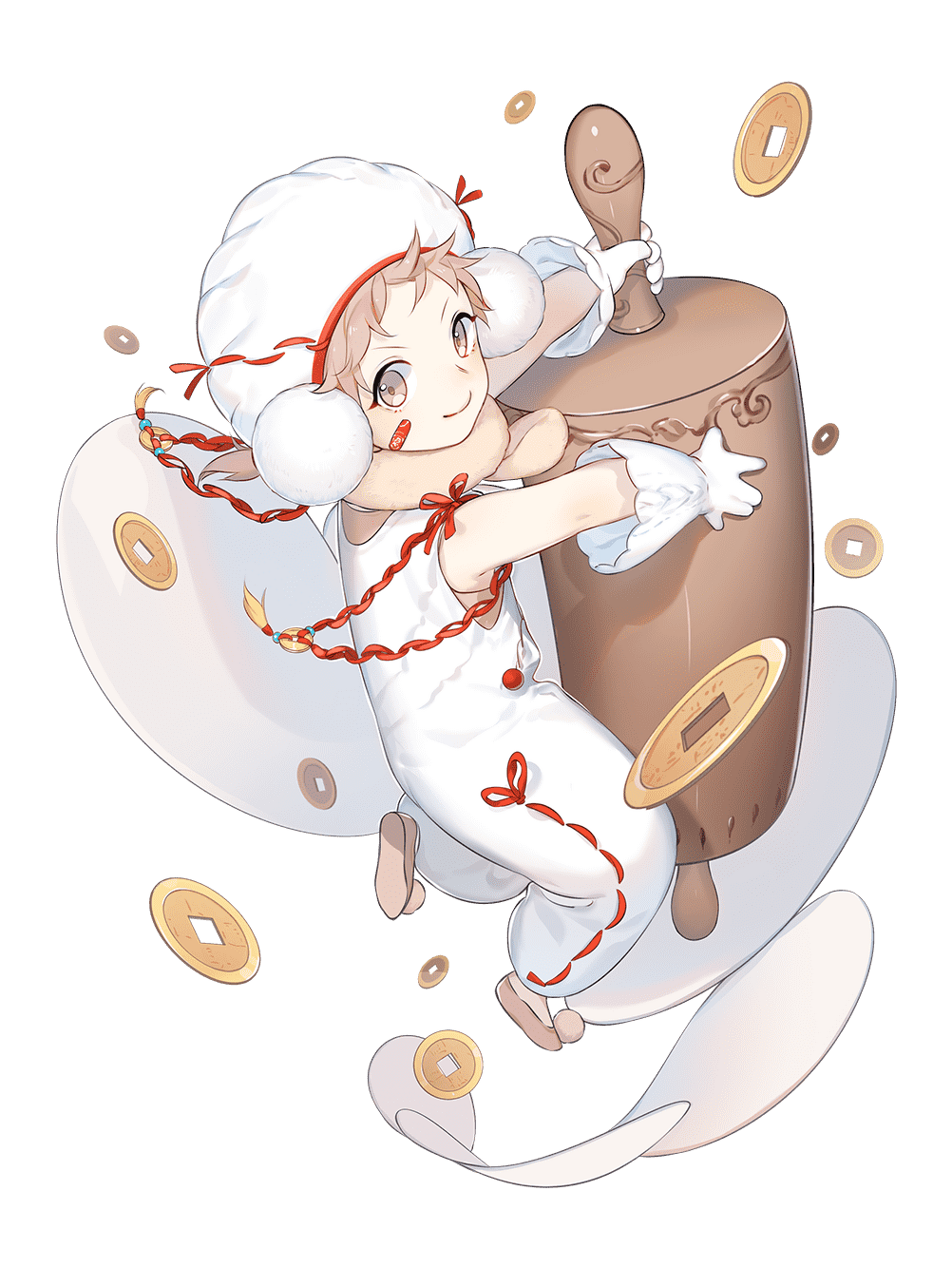 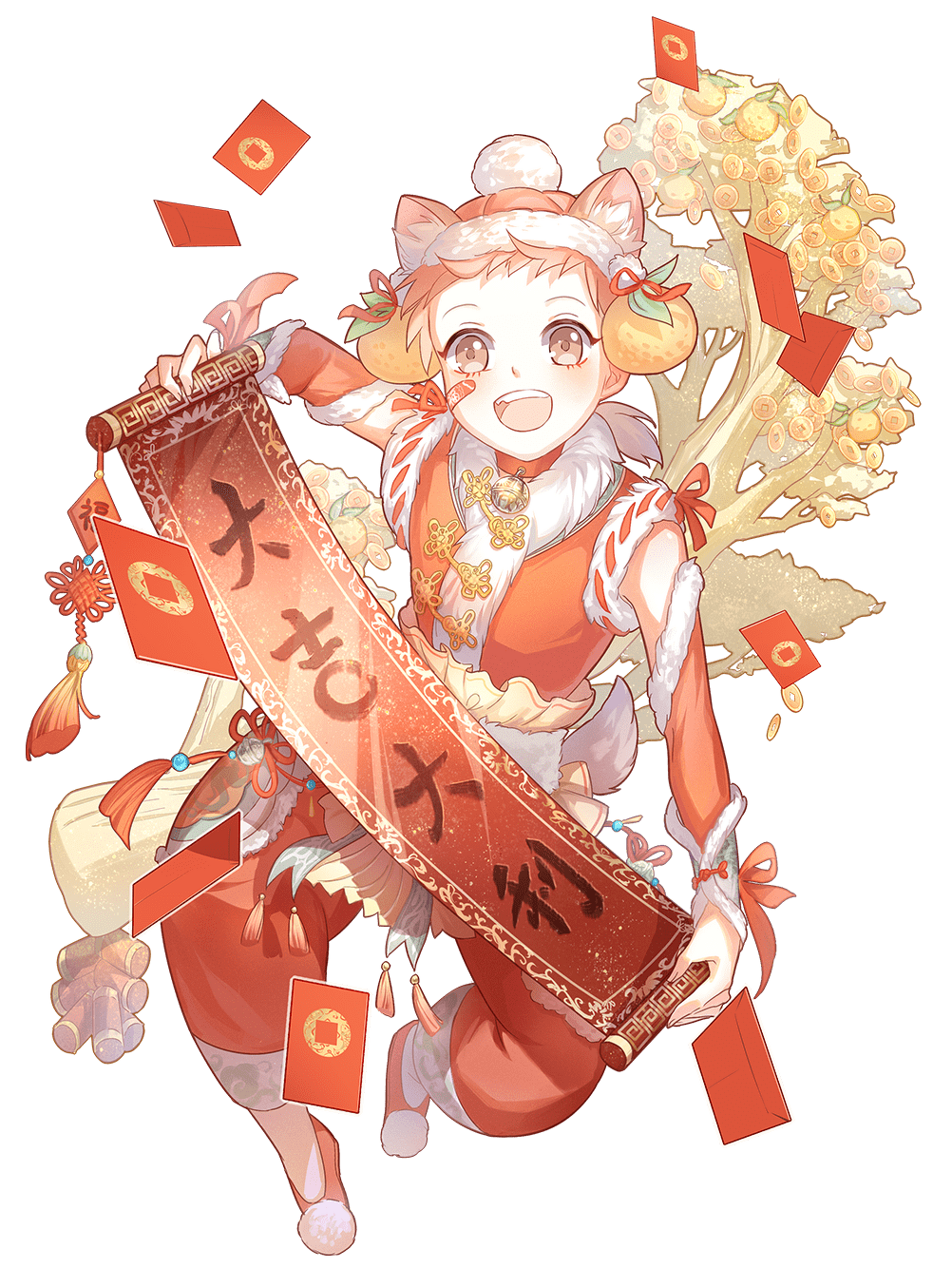 A very talkative youngster who looks to go around asking questions. A lot of people are actually quite annoyed by his constant questions.

Perhaps the most popular Asian dish in the world. Gyoza, otherwise known as dumplings, are a delicious finger sized packet full of flavor. Gyoza comes in all different types of fillings. 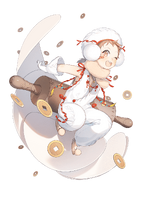 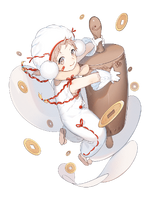 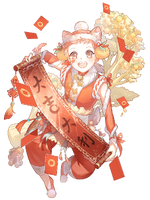 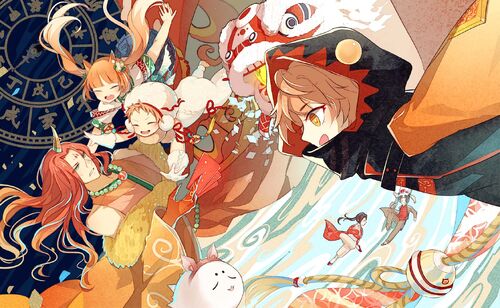 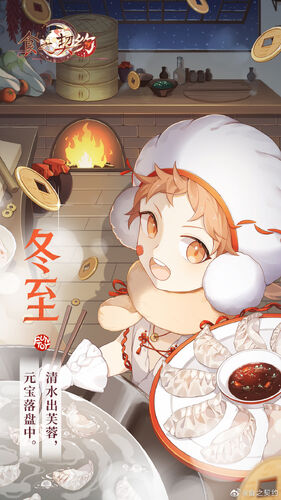 I. To Have Questions and Answers

I. To Have Questions and Answers

"Why do you want to eat gyoza on winter solstice?"

I held the book which collected all Light Kingdom’s festivals and flipped through it, page by page.

The attendant answered my question without hesitation, without pausing for a moment.

Not understanding a word of what he was saying, I closed the book.

"A long time ago, a doctor in Light Kingdom was said to be the first one to create you. "

Talking about this, Master Attendant finally looked up at me, showing a thoughtful expression. However, it only lasted for a few seconds, and turned back to one of understanding.

"The fourth row of bookshelves on the left, on the sixth floor."

The attendant extended his finger to point at somewhere in the house.

"There are relevant records of Mr. Zhang there."

"Attendant, it’s time to eat." I opened the lid and looked at the boiling soup and the tumbling gyoza. I shouted outside the door just like I always did. Today was winter solstice. I kept remembering the conversation he and I had not too long ago. So I specially prepared a pot of gyoza for this occasion. However I didn’t hear him reply.

"Have you lost yourself in a book again?"

I wiped my hands and cleaned myself up, then headed for his study. When I got past the corridor, I heard a sudden loud music. The music sounded bleak and lonely, as if it wanted to lead people's thoughts to a vast wasteland, where they could taste sorrow alone. Suddenly I stopped, and stood there, sighing, looking up at a portrait on the wall of the corridor. In the picture, three people, a family, were close together, smiling happily. After half an hour, I sat at the table with Master Attendant, eating the newly cooked gyoza. Seeing at his expressionless face, I couldn't help but ask.

“Are you all right?”

The hand holding chopsticks paused, Master Attendant’s lips wriggled for a while, to then finally turn into a sigh.

I knew what he meant. It was the last time his family ever got together. If it was for me, I would have laughed a little to try and break this strange atmosphere. Today, however, I continued to ask questions.

“Do you think you did the right thing?”

He put down the chopsticks, looked at me for a long time and then said softly.

It happened during last year’s Spring Festival. It should have been a day of laughter. Phoenix Town, where I and Master Attendant were staying, was invaded by fallen angels. The streets were flooded with wine, which soon caught fire. Menacing black flames emerged , devouring everything in their path. I and Master Attendant rushed to help the people overcome this disaster. I went to block and restrict the advance of the fallen angels, while Master Attendant worked with the minister of public health to evacuate the villagers. It was then that we received the bad news.  The neighboring towns were also being invaded by the fallens, and Master Attendant’s wife and children were all in one of those towns. But because of all those transfer missions imposed on the Chef’s Guild, there was no Attendant available that could go to that town.

Brandishing my rolling pin, I once again beat back the tentacles from a fallen angel and asked in a loud voice without looking behind me.

After a long silence, Master Attendant answered me using only two words.

I turned around. I caught sight of the figure of an guard commanding to hurry up with the evacuation. When we were done there, we finally got to go to that town. The only thing left were burning ruins and sparks of embers which flew up towards the sky.

"Do you think you did the right thing? "

Looking at Master Attendant, who was rummaging in the ruins, I balled up my fists.

No words. The answer, that time, was the silent face and dead eyes of the attendant. My Master has answered many of my questions. No matter what the question was, he could always find the right answer quickly. He was like that new invention from Gloriville called “machine”. Accurate, and never wrong. Although this time,  I thought he was wrong.

The sound of firecrackers interrupted my thoughts. The familiar smell of gunpowder was all around the tip of my nose. The noise in the streets echoed in my ears. My eyes became slightly red as I suddenly realized. The Spring Festival was coming again. Holding the ingredients, sitting on the doorstep of the grocery store, I swung my legs up and down. New Year’s products… I still don’t want to buy them. Although it was Chinese New Year, ever since that disaster, I couldn’t get myself to celebrate the event. With a sigh, I waved to the shopkeeper with a smile and walked home. It was just a plain Spring Festival, that was all. As I turned around the corner, I was shocked. A large number of people had gathered in front of my house, talking to each other in a low voice. At first, that bustling scene made me think that I had gone the wrong way. Then, a surprised voice made me jump.

As the crowd came to me, wearing eager expressions on their faces, I was overwhelmed and took two steps back.

The people then told me the whole story. They were all survivors from Phoenix Town. They came here on this occasion to specially thank Master Attendant. Seeing the smiling faces of the adults and the gifts handed over to me by the children timidly, I was at a loss of words. Then Master Attendant came out, attracted by all that noise. Surprised by the crowd, one by one, they expressed their gratitude and gave him blessings. I noticed as the corners of his mouth, which had been straight for a long time, curled slightly upwards. Seeing the bustling crowd in front of me and Master Attendant’s smile, I suddenly understood that there was nothing wrong his answer, and what it meant. Many things happen every day in this world, and all I can see is just the tip of the iceberg! I don't know why, at that time, I felt a bittersweet emotion in my heart. I wanted… I wanted to understand everything more deeply. I wanted... I wanted to say to all those people who were just like my Master “thank you”, so that they could smile too. That way, they will also understand that the solution to many problems is never just one.

In the long history of clashes between human beings and fallen angels, the gains and losses of one country have never been a big deal. And the life and death of one individual wasn’t anything worth remembering. There had been countless Master Attendants who gave up their lives, families and other things to protect the people of their country. A sacrifice hid behind every single choice, which would haunt and torture their souls for the rest of their lives. It’s not worth it, it’s not right. It's a problem that will never be solved nor contrasted. While accompanying his Master Attendant, Gyoza experienced both sacrifice and redemption, confusion and relief. He understood such a truth even if he looked very young. Not every question had an answer, and not every decision could be valued and judged whether it was right or wrong. After his Master Attendant died, Gyoza decided to travel around the world. He wanted to find more people who have experienced these painful things, to learn about their achievements, to know every choice they have made. He wanted to help them find answers that could would comfort them. Today was the last day he would spend celebrating the Spring Festival in his hometown.

Gyoza distributed some homemade lucky coins on the streets while wandering aimlessly. Although he wanted to travel, Gyoza didn’t have a precise goal in mind. After all, he has only been in this small town for so many years. At that time, Gyoza noticed two peculiar figures in the crowd. A girl who was giving blessings to everyone, and a young man who kept guarding her.

Gyoza found that very odd. After all, the town had not received any visitors for a very long time.

“I want to ask them about the outside world.”