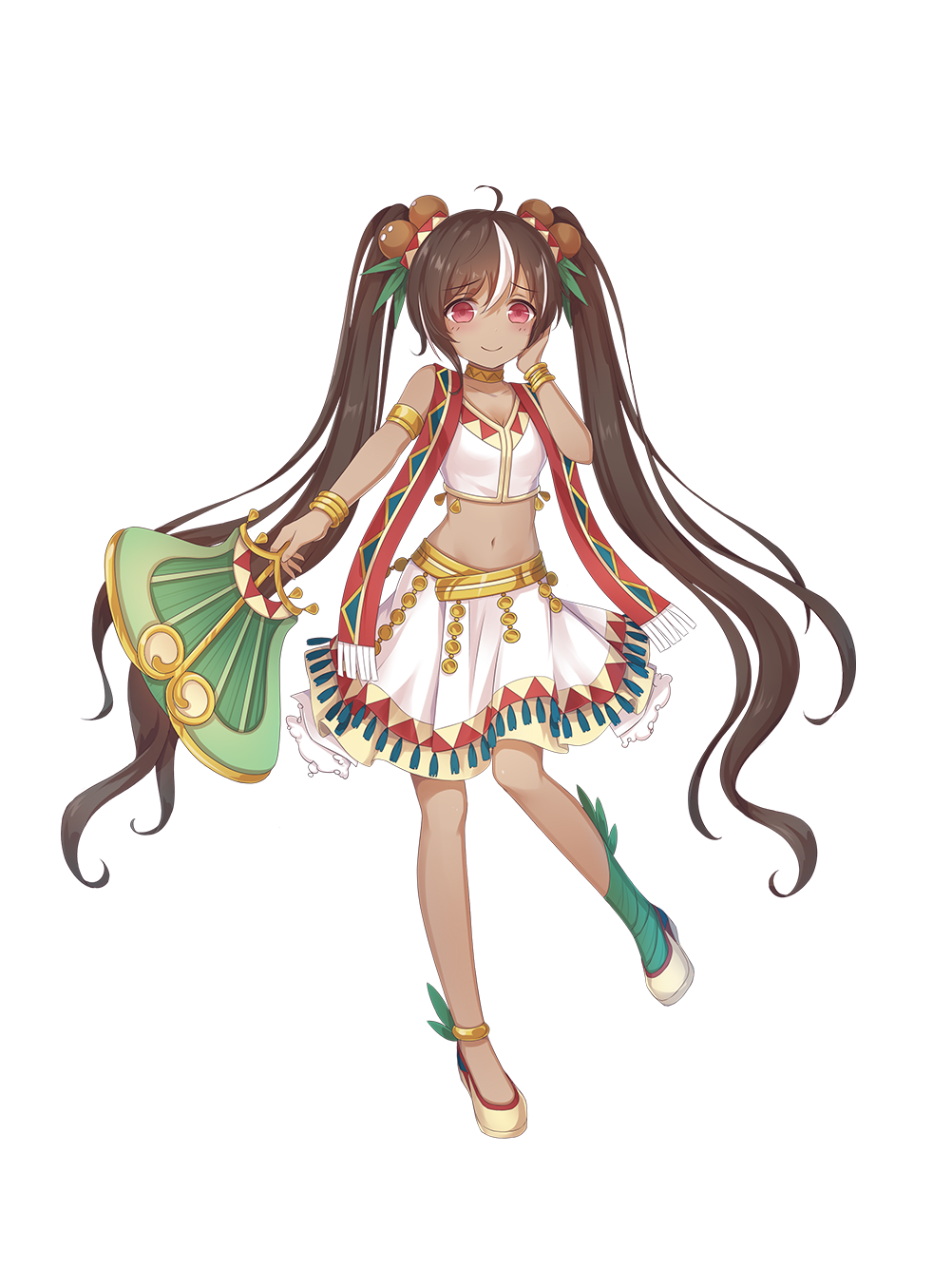 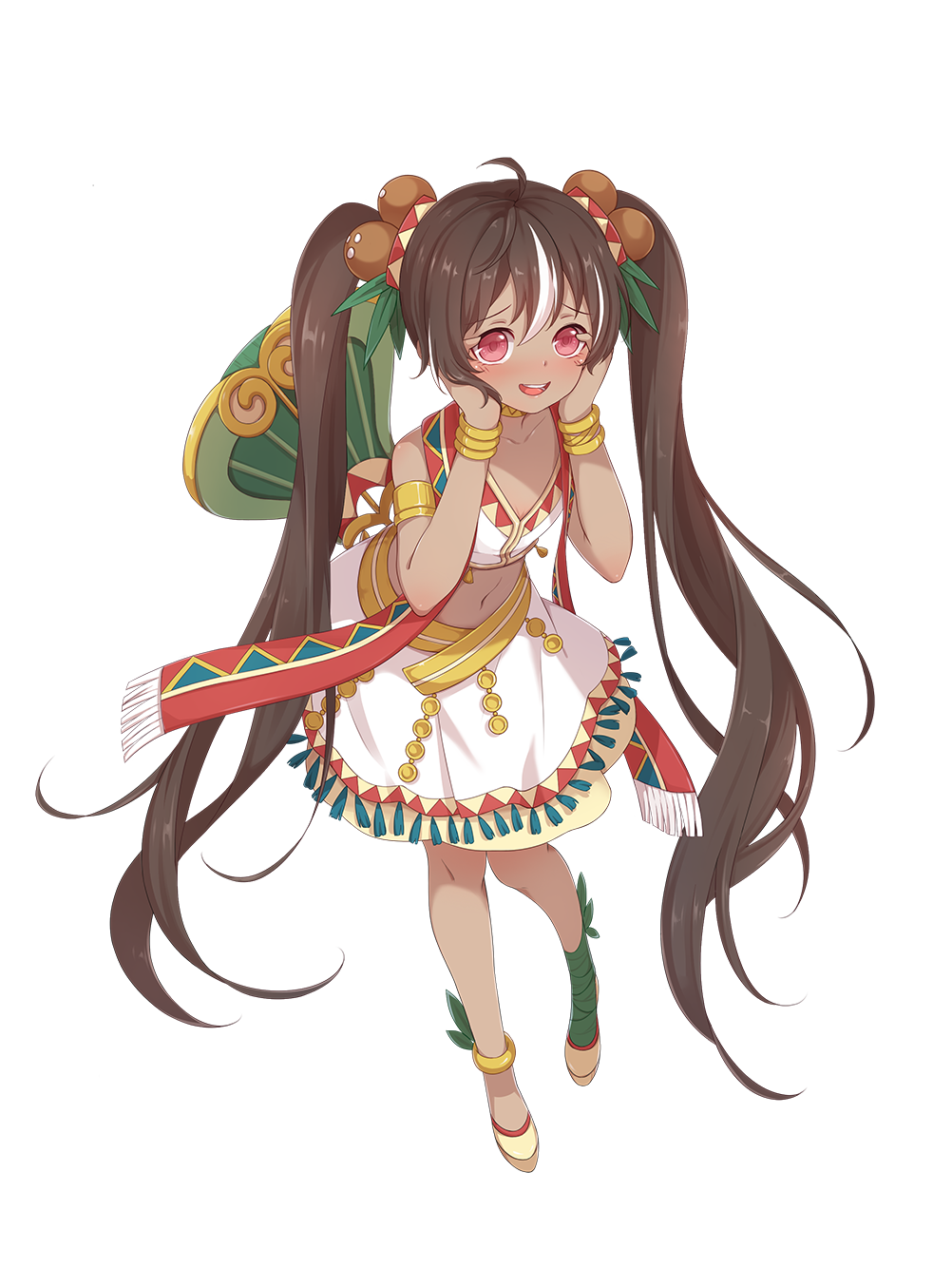 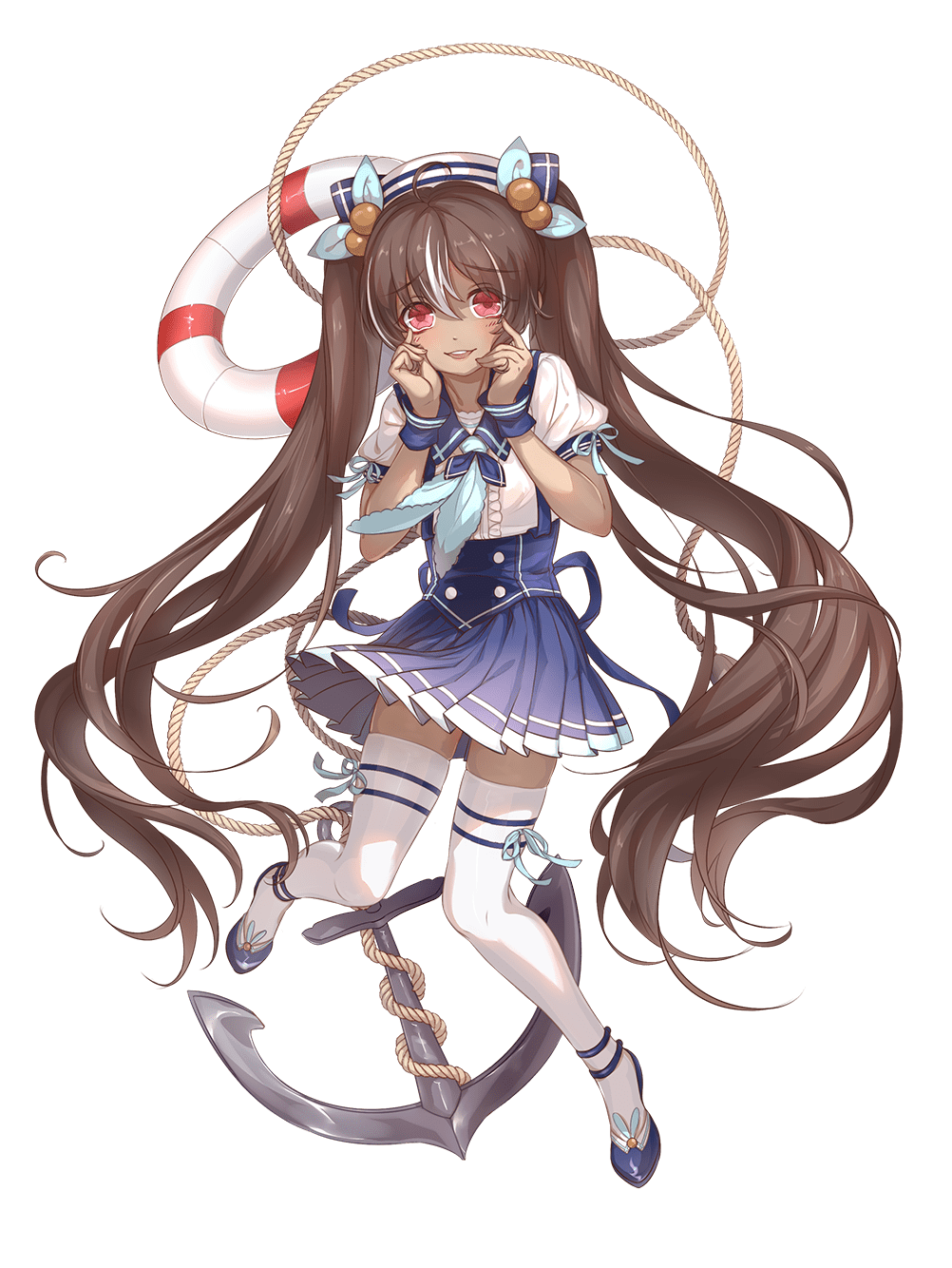 Nasi Lemak is not as light and refreshing as the name suggests! Instead, it has an unexpectedly hot taste and it overwhelms you before you even have time to react. 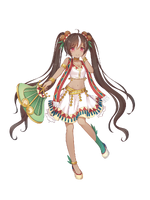 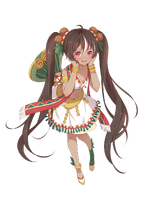 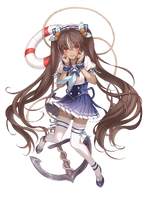 My Lady the cooking attendant's face alight with happiness.

I surmised that it was because she had a happy and harmonious family.

However, when her husband was away, she confided in was distressed at times, "Coconut Rice, I've been married for a year, so how come I still have no little bundle of joy on the way?"

"Don't worry, sooner or later you will".

I had to comfort her patiently every time she got upset.

Although the cooking attendant was always distressed about how the children should be properly raised, it didn't affect her mood. I surmised it was because of her husband.

That stable and cultured man comforted his wife better than I.

"Don't worry. We will raise a smart and adorable child, so just let's enjoy the time for us to be alone together."

They were the quintessential affectionate couple, I watched their smiles of happiness every day, and then, I could not help yearning for a love of my own.

"It would be so wonderful if I could find somebody to love".

But during the time the wish took root in my heart, and it gradually grew into a lofty tree.

One day I inadvertently caught sight of what seemed to be a considerate man dropping something into the water that the cooking attendant drank.

The man put a white pill into My Lady's cup at the same time every day. The pill dissolved and disappeared as it touched the water.

My Lady never mentioned that she needed to take medicine. It made me wonder.

So, the next time the man put the pill in the cup, I replaced the water.

We played this little game every day. Until one month later, My Lady excitedly announced the great news:

"Darling Coconut Rice, I have some good news for you."

"What is it that makes you so happy?"

Her husband smiled and said,

My Lady the cooking attendant took his hands that were hidden behind her back and took out a report that he placed before us. She said sheepishly,

The moment I heard the news, the white pill popped into my mind, and, without realizing it, I turned to see her husband's expression.

His gentle and refined smile had disappeared.

Replaced by a face a white as a ghost.

That must have been it. I saw his pallid face and instantly realized what had been going on with that medicine.

My Lady, who was immersed in joy, did not notice her husband's strange expression. The man's countenance returned to normal after a brief moment of shock.

Deep revulsion swelled within me as I looked at the man trying o hide his true thoughts and a My Lady who had been betrayed.

I thought to myself.

My Lady's stomach gradually began to swell, and her husband came home less and less.

"Although he told me he was busy with work, the fact that he didn't come home at least four days a week is just too much in my book."

My Lady, who was stuck at home alone, always touched her big belly and muttered to herself.

Finally, the next time her husband stayed out all night, she said to me,

"Um, Coconut Rice, could you please go and see whether or not he is really working?"

She pretended to be relaxed and said,

"It's not because I'm suspicious, It's just because I care. It's an act of love."

I nodded in understanding and left.

However, I did not go to his workplace, but went straight to the west side of the compound where My Lady lived, as I knew that I would find another house in that direction.

That was where the man's lover lived.

Early in My Lady's pregnancy, I had followed him to this place to make clear the truth.

He took advantage of My Lady's faithful and true heart to marry into her affluent family, all the while maintaining a secret relationship with the woman he truly loved.

These are the truths that I stood outside their house not too long ago.

"Coconut Rice, do you know what it means to love someone?"

My Lady said with a smile.

"To love someone is to spend every minute with him."

"And to not allow others to get in the way of that love."

She stared directly into my eyes and flashed a bright smile.

I watched as her husband lay on her lap with his eyes closed, and his hair a tangled mess behind him. He was lying on the floor motionless and didn't make a sound.

"From this day on, we can truly be together forever."

Warm blood flowed out of My Lady's body, penetrating the slits between the wooden floor boards.

I looked at this scene playing out before me, and the towering tree of envy at their perfect life growing in my heart was felled to the ground.

"If you had only met the person you loved, you wouldn't be like me."

My Lady's voice gradually faded into oblivion. She no longer looked at me, but was bent over her lover in an embrace.

"You must...take him and not let go, just hold on to him tight."

My Lady took her final breath after her last words.

The cooking attendant who summoned Coconut Rice was the only child of a wealthy businessman from a coastal town.

However, she had been educated under the strictest circumstances by her father since she was a child. She lacked love and care, so, she was determined to marry a man in the town of merits except for his gentle personality. The exact opposite of her parents.

She thought he was that special someone she was meant to be with.

As she began her married life, her heart swelled with pride for happy life she had, but her happiness went up in the smoke after the arrival of her new bundle of joy.

After getting pregnant, she learned from her food soul that her husband had married for wealth and property.

And she failed to get pregnant for over a year, due to the pills secretly placed in her cup every night.

Fortunately, she was not completely angry or sad upon receiving the news, she just caressed her big belly, and thought of the little child growing in her belly. Her own flesh and blood.

However, her man seldom came home. At first, she tricked herself into believing it was because he was busy with work, but, she soon learned the bitter truth. And so, she was alone every night.

And it keep her up at night tossing and turning.

Thinking about what she was doing with her man at the time, and whether or not their feelings could ever be rekindled.

She finally decided to end it all.

She stole into the chamber in the middle of the night and sent her man and his mistress's chamber straight to Hell as they dreamt.

While she herself suffered a fetal hemorrhage and died in the very same room.

When Coconut Rice felt tremors in the power of the covenant, she went to see for herself what was going on, but she was too late. It was the last minute of her cooking attendant's life.

The supreme love that Coconut Rice had come to know became fragmented and ruined, and her understanding of love became distorted.

"Love is fleeting and uncertain. To really belong to each other, you must use every means possible make an unbreakable bond."

This was how she defined love in her mind.

And this was how she would act on her idea in the days ahead.

Whether she longed for love, or whether there was a voice inside her heart saying, "It was she herself who forced her cooking attendant into desperation," was immaterial. She had put herself into this precarious position because she was racked with guilt.

And she couldn't even see it clearly.