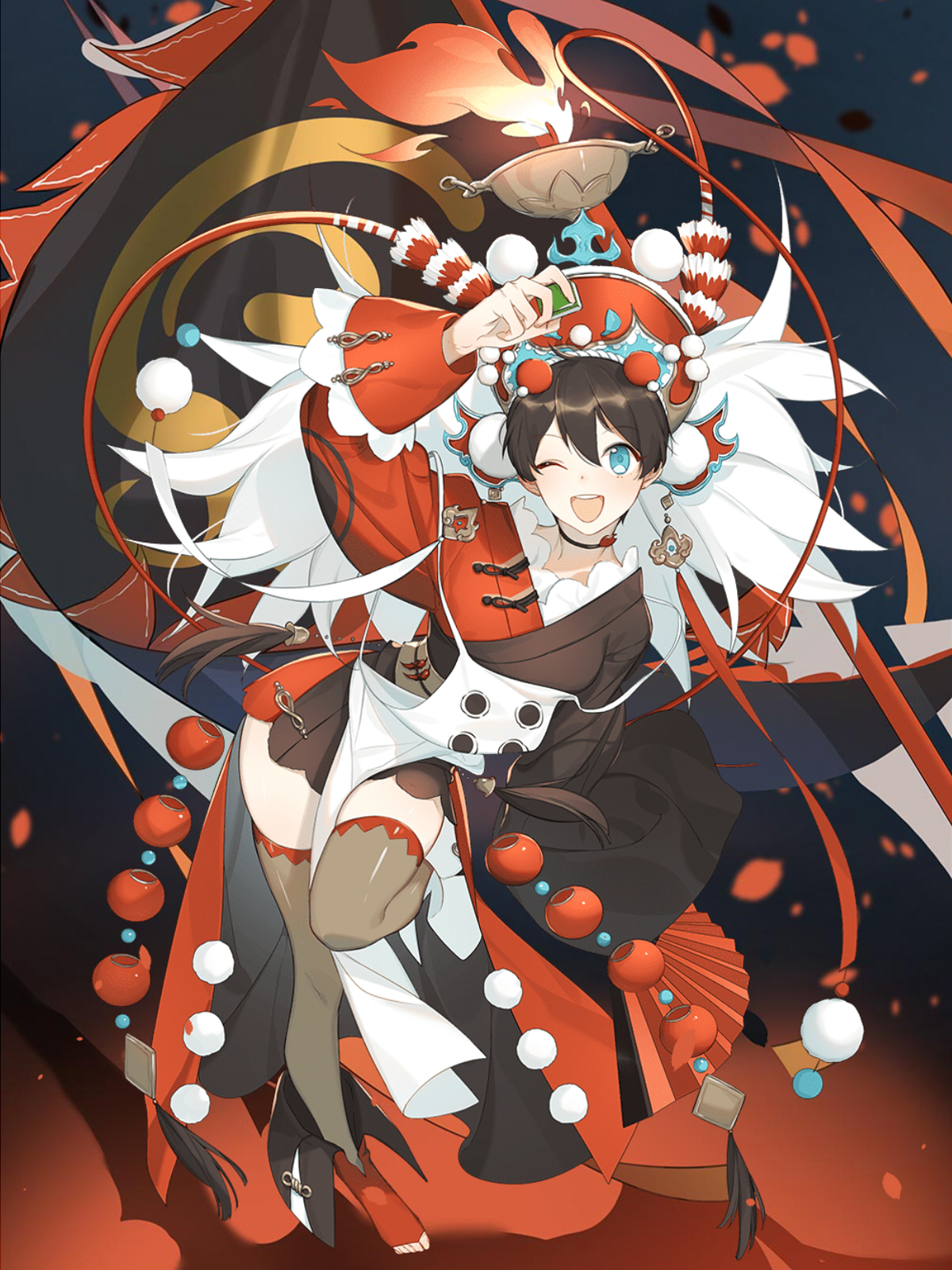 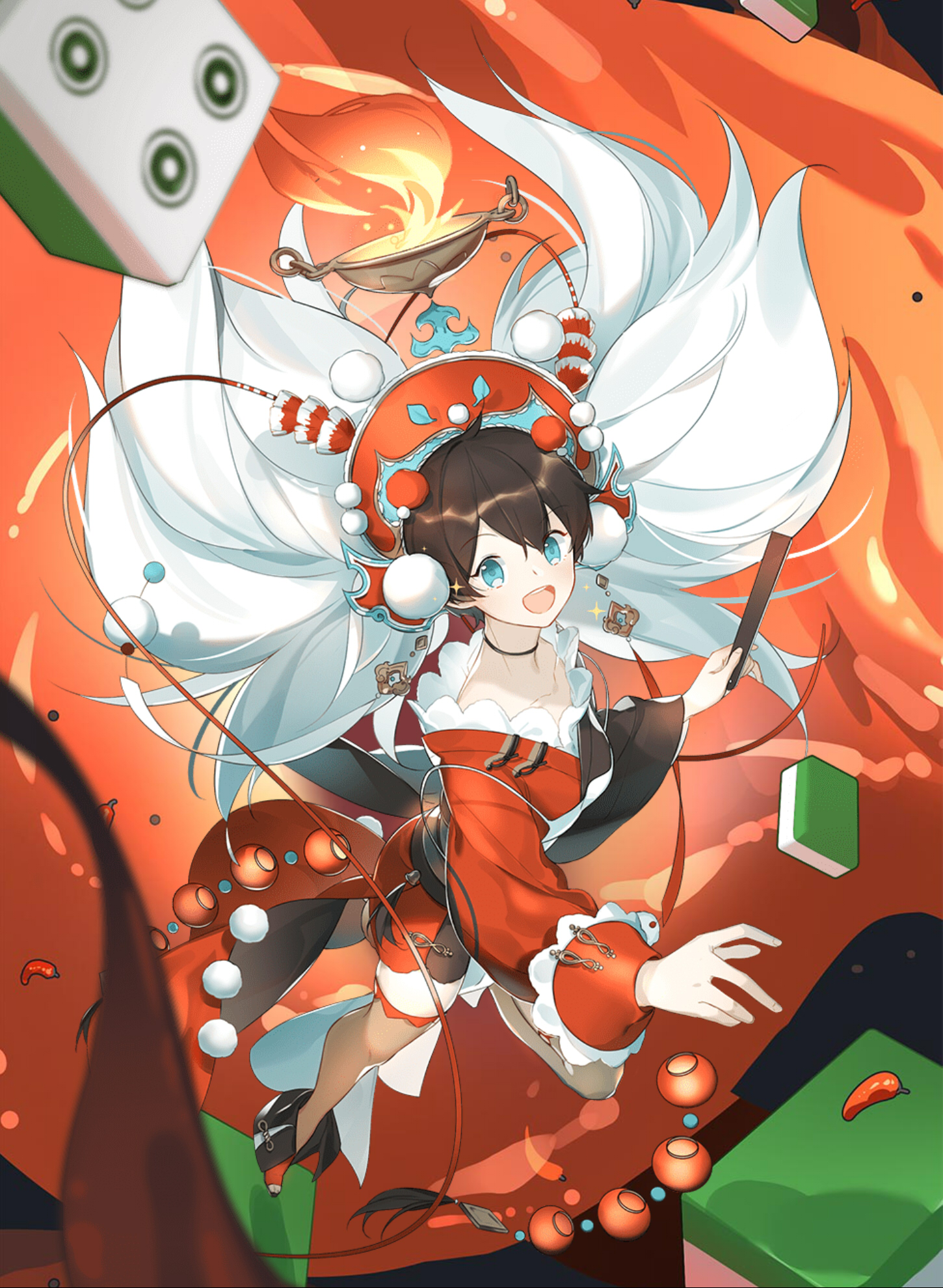 A girl who's addicted to Mahjong. Bright and bubbly, every day she looks around for people to join her table. She's empathetic and loyal, so she has many friends, and on a normal day she likes to invite them over for get-togethers. She rarely gets depressed--in her opinion, there's no problem that can't be solved by clicking together a few Mahjong tiles. And she has a lot of those.

Although Sichuan Hotpot wasn't developed that long ago, over a short period of 100 years, its name has become known all over China. It has four special attributes that it can't do without: numbing, spicy, fresh, and fragrant. This rich flavor has made it one of Sichuan's most emblematic cultural symbols. 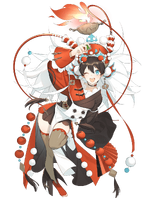 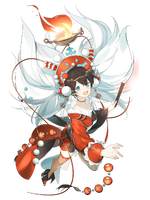 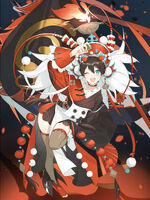 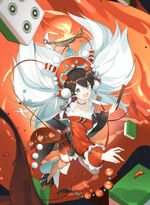 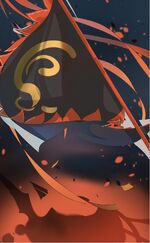 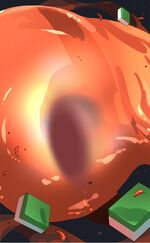 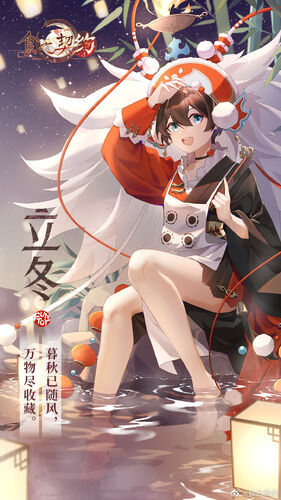 I, who was born as a food soul, have always thought that humans were much stronger than us, yet was proven wrong down the line.

In the Tamakyo Turmoil, the humans who’ve lost their safety barrier have become not unlike mushy peaches, putting up no resistance to any incoming attacks whatsoever.

Having lost their peaceful lifestyle, the people of the Light Kingdom might as well have been soulless husks.

Today, too, many have evacuated from Tamakyo. In the coldest, harshest of winters, pale faces wrought with terror, fogged breaths leaving shivering lips. It was the most sorry state I’ve seen humanity in.

I was here to simply look on, yet I couldn’t take it anymore, and decided to lend them a hand.

But no matter how I encouraged them, coaxed them, none of them would leave their cocoon of despair, none of them even slightly motivated.

This remark seemed to loosen them up somewhat, bringing life back into their eyes somewhat.

They did just get a scolding, after all, and don’t seem happier in the least, their features holding only melancholy.

"Bunch’o giver-uppers! How ‘bout I protect y’all from now on!"

What incompetence, so distressing…

Rather than getting all worked up, finding shelter was the priority.

Reaching common ground, we began heading for Spring Town. Fallen angels littered our journey, but they were easily dealt with by me and an accompanying food soul escorting a royal officer.

But the real trouble has only just begun.

Though we received a warm welcome from the mayor of Spring Town, many have already evacuated here and there just wasn’t enough space for all the people.

In the end, we were assigned to temporary residence in the wilderness by the Lake of Glass Jar. The situation hasn’t improved much, but was miles better than the life-and-death situation in Tamakyo.

We parted ways with the royal officer’s food soul at Spring Town, where he headed for Nozokyo.

According to him, as long as the message is conveyed to Lord Suzaku, Tamakyo is saved.

But before then, all we could do was wait.

It was such cold weather. Though the town hall sent blankets, food was a problem.

It’s still bearable with the sun out, but at night, hunger rendered the humans unable to do anything but curl up and shiver.

"Is there anything to eat?"

When dealing with people depressed day and night, there’s no better cure than a good meal to warm them up!

As expected, once food is mentioned, responses were overwhelmingly positive.

"Finding ingredients’ easy-peasy, just leave the rest to me and my cookin’ skills!"

Rounding up those who can still move about, we set out to the Crystalline Vase lakeside, and scavenged some winter vegetation. There wasn’t much variety, but it certainly did fine for this emergency.

"Be my guest if ya wanna look for more in this stinkin’ cold!"

"Just kick back and leave it ta me!"

I got the bonfire burning, and borrowed some cans from the town to use as pots, and got cooking. By the time I was done, everyone was crowded around me, attracted by the aroma.

"Here we go, ‘s not the best of times so there’s only this much, everyone gets a spoonful, deal with it!"

Only then did I realise what I said was extraneous. After being starved for days, nobody in their right mind would pass up even a morsel.

Though the first person who gulped the soup down in a hurry choked it all up again.

"The special effect of the secret ingredient, right ‘ere~!

I dug out a small packet from my pocket and opened it up. Inside would be the powder I grinded from a type of chili.

"This should be enough to energise y’all, how ‘bout it? Still frozen up?"

After more fumbling, clutching his chest, he shook his head.

"Leave some for my child…!"

The people previously all curled up finally started moving again.

After collaboratively downing a can of spicy soup with the wild vegetables, the people’s pale faces finally looked ever so slightly flushed again.

Seeing everyone liven up, discussing their plans for the future, I let out a sigh of relief.

All the troubles we encountered here, looks like it was not for naught.

While I wasn’t looking, a bunch of kids started crowding around me.

Hearing my response, one of them started bragging happily.

"See, told ya so! Mommy said, big sis over here’s been helping us all day, even the fallen angels were defeated by her!"

Feeling my hard work gratified, I gave the kid’s cheeks a pinch.

Seeing wide eyes filled with anticipation, I felt I really couldn’t weasel my way out of this.

"Sure thing, big sis’ll show you her specialty!"

Apart from fighting fallen angels, I’ve got another trick up my sleeve: Face Changing Opera!

In my days alone, I haven’t gotten the chance to perform, can’t hurt to show off today!

Night falls as snowflakes drift down from above. As the Crystalline Vase lakeside is covered by a blanket of white, a single spot is illuminated, warm and red, by a bonfire. It illuminates the people’s happy faces, illuminates their hearts shrouded in darkness.

The exclamations and cheers even attracted the attention of the townspeople and other escapees. Their stocked up food and drinks in hand, they come to join in the fun.

What was originally a pathetic temporary shelter for escapees, has now become a thriving banquet.

Lord Suzaku arrived at Tamakyo, succeeding as the Deity Emperor.

Considering that, the other food soul probably succeeded in escorting the royal officer to Nozokyo.

Hearing the news, many were excited to tears.

In any case, Tamakyo finally ushers in a new period of peace.

Escorting them back to the city limits of Tamakyo, their initial terrified faces seemed so far off.

My work here should be done, right?

When I was about to leave, the kids from before rushed up to tug on my sleeves.

"Big sis, are you gonna leave?"

"Let’s go back to Tamakyo together, and have lots of fun!"

Seeing them not wanting me to leave, this would be that human emotion… that "reluctance to leave", right?

"Going back to Tamakyo together sure seems real nice, but…"

The world still has many people in need of my help.

Giving it some thought, I took out a Mahjong piece.

"Remember, fate’s as unpredictable as a game of mahjong, but the power to change it is in yer hands, just work hard, and you’ll become so much stronger when ya grow up. If you have the power to stand strong in the face of fate, yer already really amazing!"

Giving each of their cute little cheeks a little pinch, I turned around to leave.

I met the food soul that traveled with us from before again, and brought up helping humans, which he thought interesting.

The bookworm scholar in him thinks that this story will be passed down as a fairytale, a praised deed, but it’s not like it’ll happen anytime soon.

As of now, all I wish for is for those kids to grow up, and if I meet them again someday, I sing them praises.

A series of thumping is heard;

A young lady dressed in fiery red explodes out of the kitchen, chasing and cornering the young manager in the dining area.

"Master! Can’t ya just have one round with me?"

"I’m no good at this! Also running a business here, Miss Heroine, look for someone else!"

"I’ll teach ya if yer no good! Besides, nobody’s coming in this blazin’ hot afternoon!"

In the heat of the argument, a white haired youth strolls into the restaurant, gaping at the scene unfolding before him.

"Sichuan Hotpot, and… what… what’s going—"

"Our saviour has arrived! Ichi, you play with her!"

"Ya keep pushin’ responsibility, not like they know how to play Mahjong either!"

"Mahjong? That I do know, my dad played it with me a lot as a kid, don’t underestimate me!"

"Of course, and he also said, a game of Mahjong is much like life itself, whatever pieces you play is up to you."

The white haired youth grins smugly, and the young lady gets up to look him in the eyes.

The young lady gives the white haired youth a few good rubs on the head for some reason, smiling sweetly.