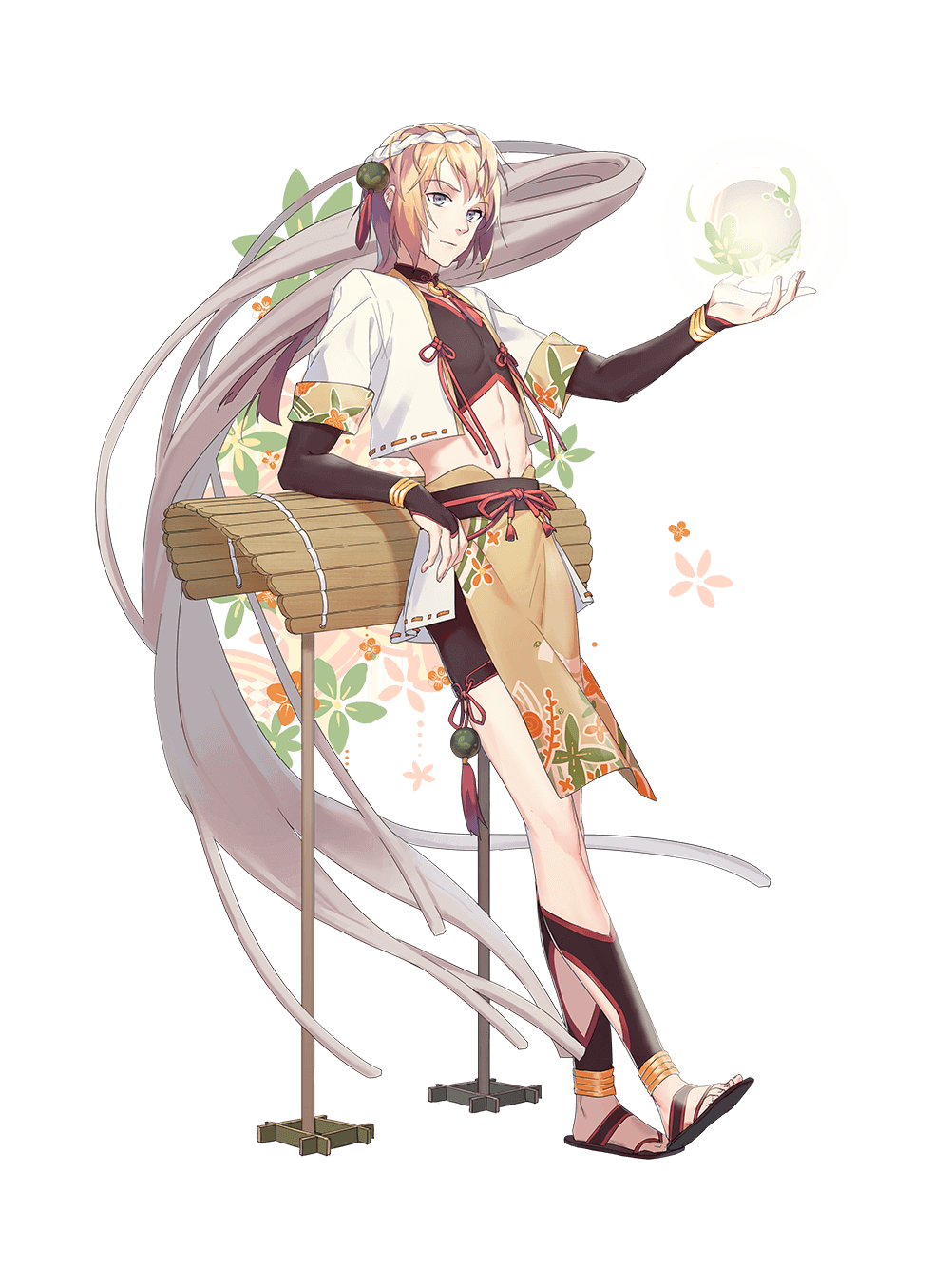 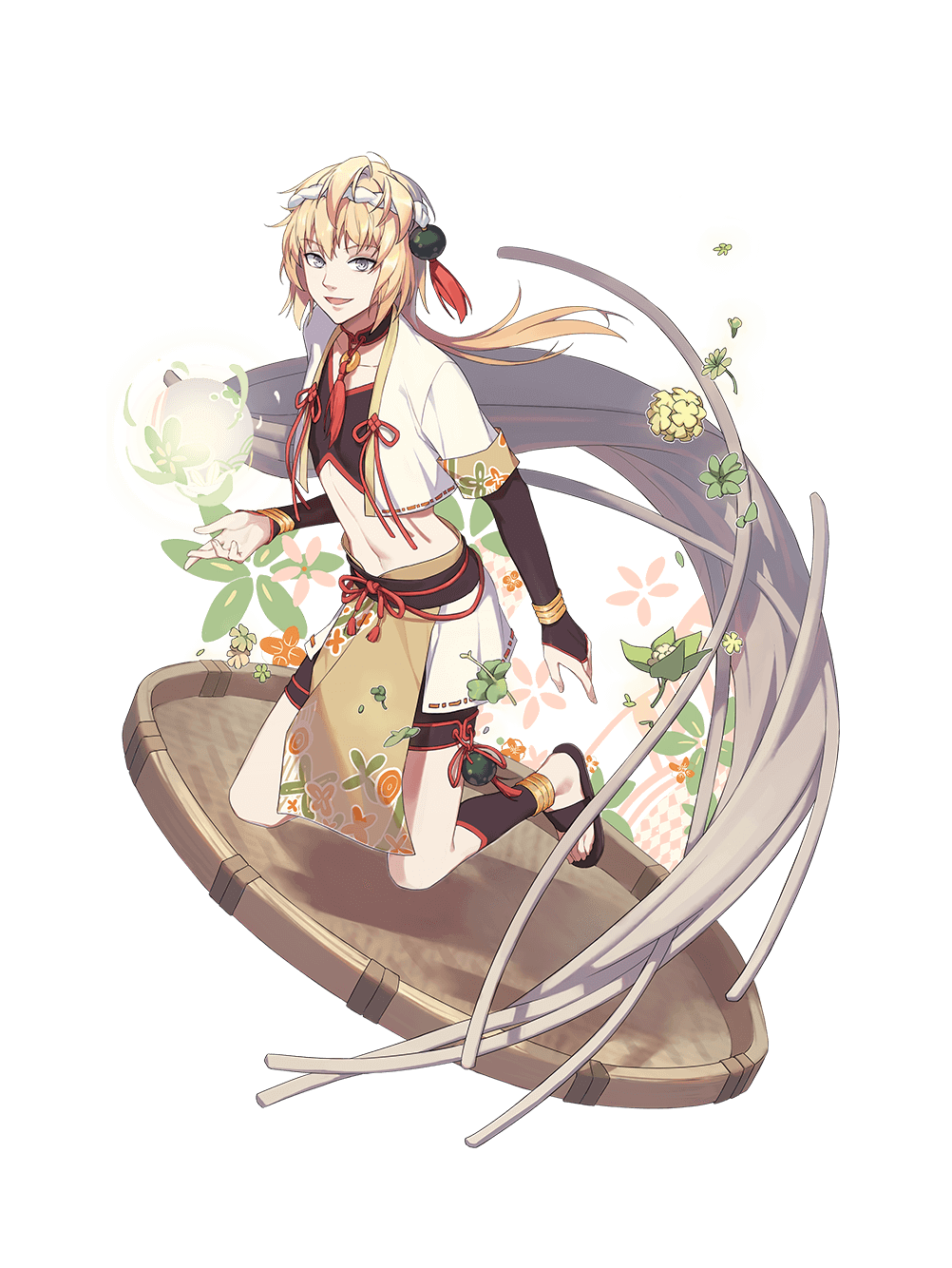 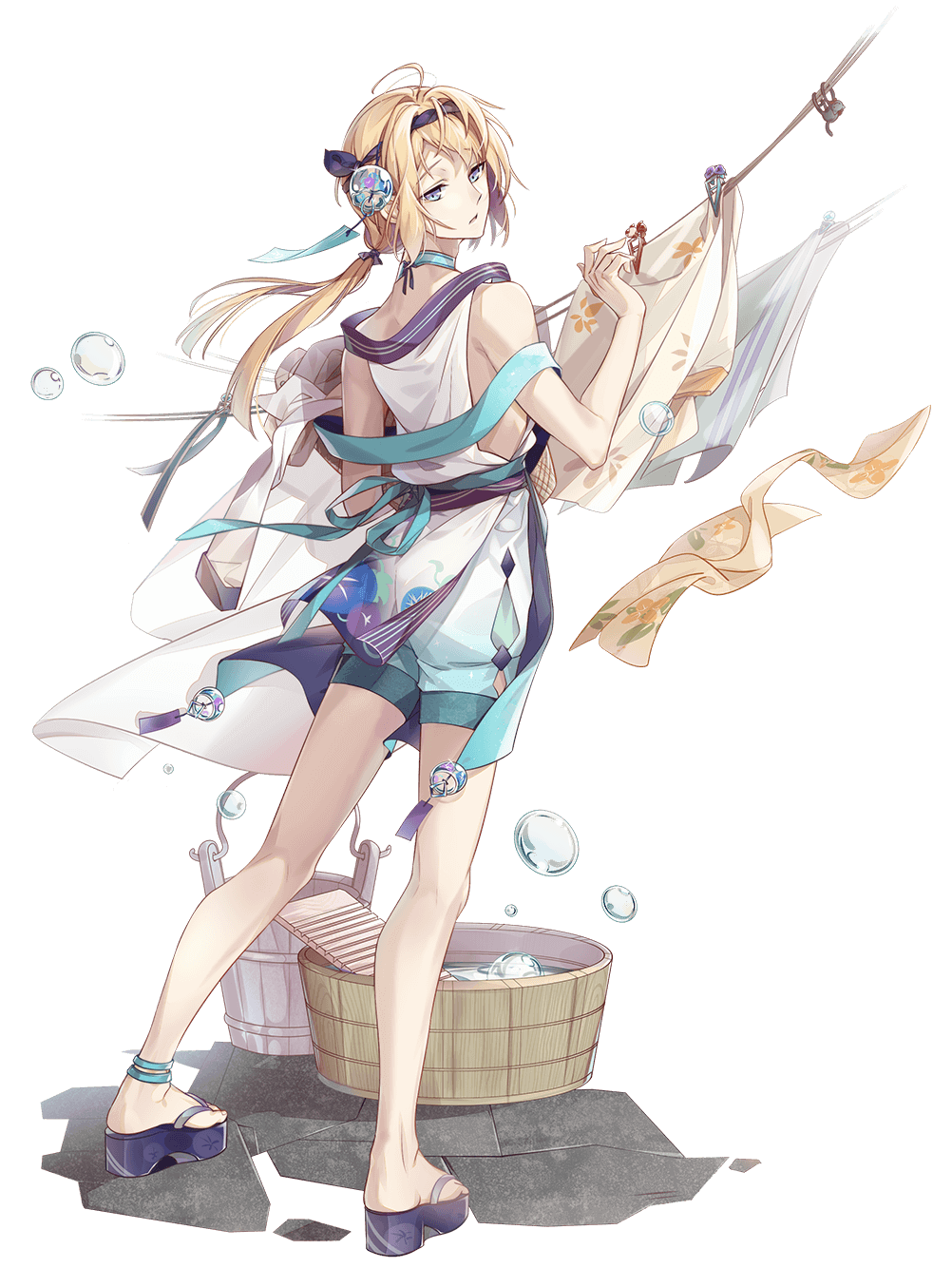 An aloof-seeming, but actually quite ardent boy. He doesn't have a way with words, and he's used to using actions to express concerns he has for others' health. He's always saying the words: "I'm here."

These cold buckwheat noodles served on slats of bamboo are highly popular in Japan. On New Year’s Eve, Japanese people eat soba not just to celebrate, but as a way to wish for longevity. Soba also has a connotation among Japanese people of "being always by your side". 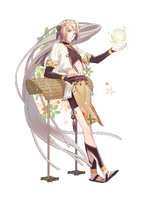 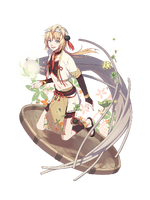 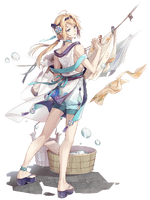 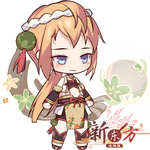 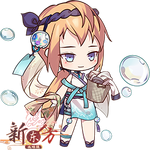 Sitting in the makeshift kitchen, I was concentrating on helping with the ingredients when a soft voice suddenly called next to my ear. The young girl lifted the curtain and walked into the kitchen with a tired face and sat down. She wrapped her arms around her knees, buried her face and let out a long sigh.

I put down the work I was doing and leaned toward her.

The young girl said sullenly, with reluctance in her voice. I froze and instantly understood what she meant.

“Yes! He hasn't eaten anything for another day! If we don't kill Inugami soon, Master Attendant will be tossed to his death!”

The young girl suddenly raised her voice and yelled like she was venting.

I subconsciously stretched out my hand to cover her mouth, then I realized it was inappropriate and snapped it away.

“Don't be like this… Master Attendant, he wouldn't want this.”

Looking at the young girl, who was holding her forehead and sighing before me, I tried to comfort her.

“I know, I know. He's an Attendant. He has a lot of things to manage and think about, unlike us underlings.”

“Even so, I cannot just let myself be tormented like this! Nobody would, would they now?”

After a moment of silence, the girl stood up with resignation and left the kitchen without looking back, leaving a message for me...

“Anyway, make some soba and deliver it to Master Attendant. The only thing that he would eat now is whatever you make. I'll leave now.”

I looked at the figure disappearing behind the curtain of the door as I tried to come up with something to say. The sight of Master Attendant locking himself in his room came to mind, and I couldn't help but sigh. I returned to the counter and quickly made some soba that would suit Master’s taste. I was about to put the cooking utensils back into place when the young girl's complaint rang out in my ears again.

“He hasn’t eaten anything the whole day…”

I thought about it and rummaged through the cupboards to find some more ingredients and carefully boiled a bowl of soup.

After picking up the plate, I walked towards his quarters.

Master Attedant took a few sips of the broth that I falsely claimed was the new side dish for the soba. However, he didn't touch the noodles. He sat with his knees crossed, his eyes dull, staring straight past me, as if something intriguing was present there.

“No. You are an amazing person, Master Attendant.”

I sat in front of the Attendant and answered earnestly.

Master Attendant repeated the word as if he was chewing, and let out a harsh, low laugh in a hoarse voice.

“How am I amazing? What's so admirable about being defeated and fleeing? About surrendering honor and dignity, and being as remarkable as a stray dog?”

Master Attendant staggered to his feet and ripped off his katana from the wall. Pointing at the empty space, he swung his sword heavily, just as he had done when I had been training with him in Yellow Spring. However, before he could even swing it a few more times, he fell to his knees. As if he had lost his strength, he holding on to the hilt of the sword with both hands to support himself. I rushed forward to help, opened my mouth, but could not think of any words of comfort. There were numerous counsellors and loyalists who were more articulate than I. I only needed to do a good job and play the role that was right for me.

Unlike other Food Souls, I am not good at fighting. From the moment I was summoned, I have been assigned the task of serving Master Attendant. Like any other human subordinate, taking good care of Master Attendant was my top priority.

If I too could fight…

If I too could beat the Fallen Angels…

More than once, I have conjured up that image in my mind.

Master Attendant suddenly gave a low rebuke. I was stunned at the spot for a moment. The room, suddenly, fell silent.

He pushed my hand away, his voice softening a bit, but gaining some more rawness. I raised my hand slightly, but finally put it down.

I answered in a low voice, turned around and walked away.

From the day I was kicked out, Master Attendant's temperament became more and more eccentric, and everyone's frustration became more and more obvious. I took it all in, but didn't know how to completely resolve the conflicts. I could only keep trying to do what I could.

Nevertheless, life was slowly gravitating in a direction I didn't want it to. Many people have also asked me, “Don't you hate your current Master Attendant?” If I have to say it, I did feel hate, but I couldn't complain. I didn't like the way Master Attendant was acting, but I didn't hate him himself. After all, everyone had endured too much. Their homes were destroyed, they were displaced, and everyone had a grudge in their hearts. But Master Attendant was the one who was the most obviously stressed.

… and… do something more about this situation.

Standing in front of the counter, I unconsciously stopped chopping vegetables and stared blankly out the window at the blue sky.

Forget it...don't think too much about it, just do what you can do.

After coming back to my senses, I smiled to myself and was about to continue preparing the dish when I glanced out of the corner of my eye to a strange scene outside the window. A strange man I had never seen before walked towards Master Attendant's hut under the guidance of a guard. He was dressed in exotic clothing and had an indescribable aura.

Out of nowhere, that thought popped up in my mind and I shivered.

I wiped my nose, puzzled by the thoughts I had given birth to.

“That' s just a normal human being, right? Why am I feeling uneasy…”

“But… at times like this, people from outside the island... what are they doing in Shinohara…?”

After having a conversation with Master Attendant, the man stayed in our residence.

"Master Attendant seems to be calling him Mr. Westminster, some kind of scholar.”

The girl pressed her forefinger on her lips, looked up at the sky, and answered my question with a frown. Immediately, she curled her lips and said indifferently.

"Anyway, now Master Attendant has become more normal after getting to know him. This should be a good thing, right?"

As she finished, she looked me up and down a few times and wondered.

"You can just ask Master Attendant directly about this kind of stuff. Why are you standing here questioning me with this sneaky attitude?”

I froze, but laughed and changed the subject.

"So, what is that Westminster scholar talking about with Master Attendant?"

"I'm sure it's something about saving the world and ruling the country. Why should we servants care so much anyway? We are all happy that the young master has gotten better, isn't that good?"

I replied vaguely, looking at the girl in front of me who was obviously relaxed and cheerful. But for some reason, the feeling of unease inside me was getting stronger and stronger. Just as I was gradually trying to appease the unease that kept emerging in my heart, Master Attendant called me into his residence after a long time.

Master Attendant sat in front of me, made a cup of tea very casually, and spoke as if making small talk.

“I’m okay… I was also wondering how you have been… recently, Master Attendant.”

I saluted, lifted both hands to accept the cup of tea, and carefully examined his face.

Seemingly aware of my actions, Master Attendant chuckled softly and patted my shoulder.

Master Attendant's gentle words reminded me of the past. My heart warmed up, and I replied softly.

"As long as you need me, I will always be there."

"Well, Soba, give me a little more time."

Master Attendant said, raising the teacup and drinking it down in one go.

"Give me a little more time and I can take you home..."

The follow-up words were mixed with the sound of Master Attendant swallowing the tea. I couldn't hear it clearly. Looking at him who was in good spirits, the anxiety that had been lingering in my heart for many days finally dissipated a little, and I said happily.

"As long as you are well, everything will be fine."

After the tea was finished, Master Attendant showed a little tiredness, and waved his hand to send me away. I respectfully turned around to leave. Standing on the path, I glanced back at Master Attendant's residence, and the corners of my mouth twitched subconsciously.

"Everything… will slowly get better, right?"

Saying that, I walked back to my residence lightly as if I had unloaded some burden. However, I never expected that that would be my last conversation with Master Attendant.

Sakurajima, one of the many kingdoms of the world of Tierra. Until long ago, it was a land where normal communication and interaction with the outside world existed. But since some time, Sakurajima has voluntarily cut off its connection with the world and closed itself off. Later, the Fallen Angels appeared, disasters raged, wars spread all over the world. Even the closed Sakurajima was not spared. A powerful Fallen Angel who called themselves Inugami took over Yellow Spring, and Semimaru, once the Lord of Yellow Spring, fled to Shinohara with his Food Souls and people.

Semimaru had been in a state of depression for a long time, and what finally encouraged him to get back on his feet was neither his entertainers nor his servants, but rather a scholar from Gloriville - Westminster. Westminster reinvigorated Semimaru, bringing new life to the gloomy peninsula of Shinohara, and everyone greeted the scholar who had renewed their hope with open arms. Yet no one knew what Westminster's real objective really was.

“Excuse me, I'm looking for Udon, is she here?"

In front of the Mapleleaf Inn, Ume Ochazuke gave a puzzled look to Soba, who wore ragged clothes and was leaning against the door with a dejected expression. Having heard his question, she called Udon out of her room.

As soon as Udon came out, she exclaimed and hugged the wobbly Soba.

“Now… I’m just like you… I… don’t have a Master Attendant anymore.”

Soba chuckled miserably. After saying that, he fell into Udon's arms and passed out.