Tierra is the planet where the game takes place. Here is a map of Tierra: 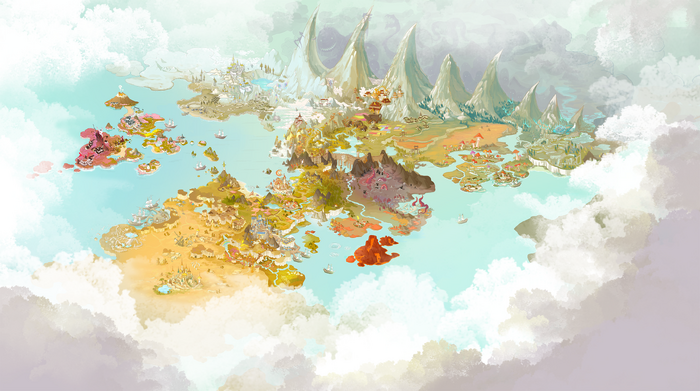 Tierra, a world tended to by the gods:

A world that was once looked after by the gods finally started its era of human ruling approximately 500 years ago. However, since the Wang Li era, the fate of the world took a drastic turn. The appearance of Fallen Angels slowly narrowed down the scope of human survival, and life was under unprecedented threat. Although the world is in rapid decline and destruction as a result of the Fallen Angels invasion, it still maintains its strong will to survive.

It orbits around two stars; the two stars illuminate and darken Tierra by creating a cycle of day and night. One star rises in the east and sets in the west, while the other star rises in the west but sets in the east. In addition, these two stars also allow for Tierra to maintain its orbital trajectory. Tierra also undergoes an axis change once a year. This alters the amount of light it receives which then allows the planet to experience various seasonal patterns.

Tierra is a world shaped like a fish. It swims across the universe while inhabitants live on the land it provides. Like earth, Tierra also has massive oceans with fast moving currents are also apparent on Tierra. However, no signs of life have been discovered in these waters yet.

Players can currently explore 7 areas of Tierra. Each area must be completed before the next one is unlocked, by defeating Fallen Angels using teams of Food Souls, and resolving the challenges from the main Story.

Note: level requirements may change as more areas are unlocked. 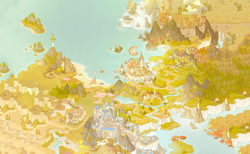 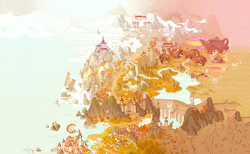 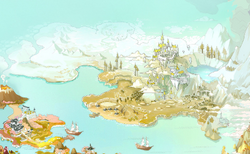 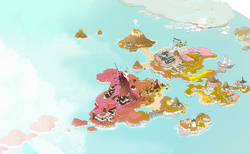 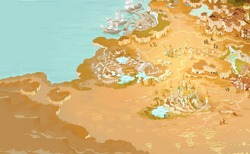 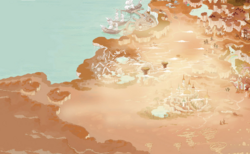 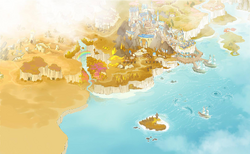