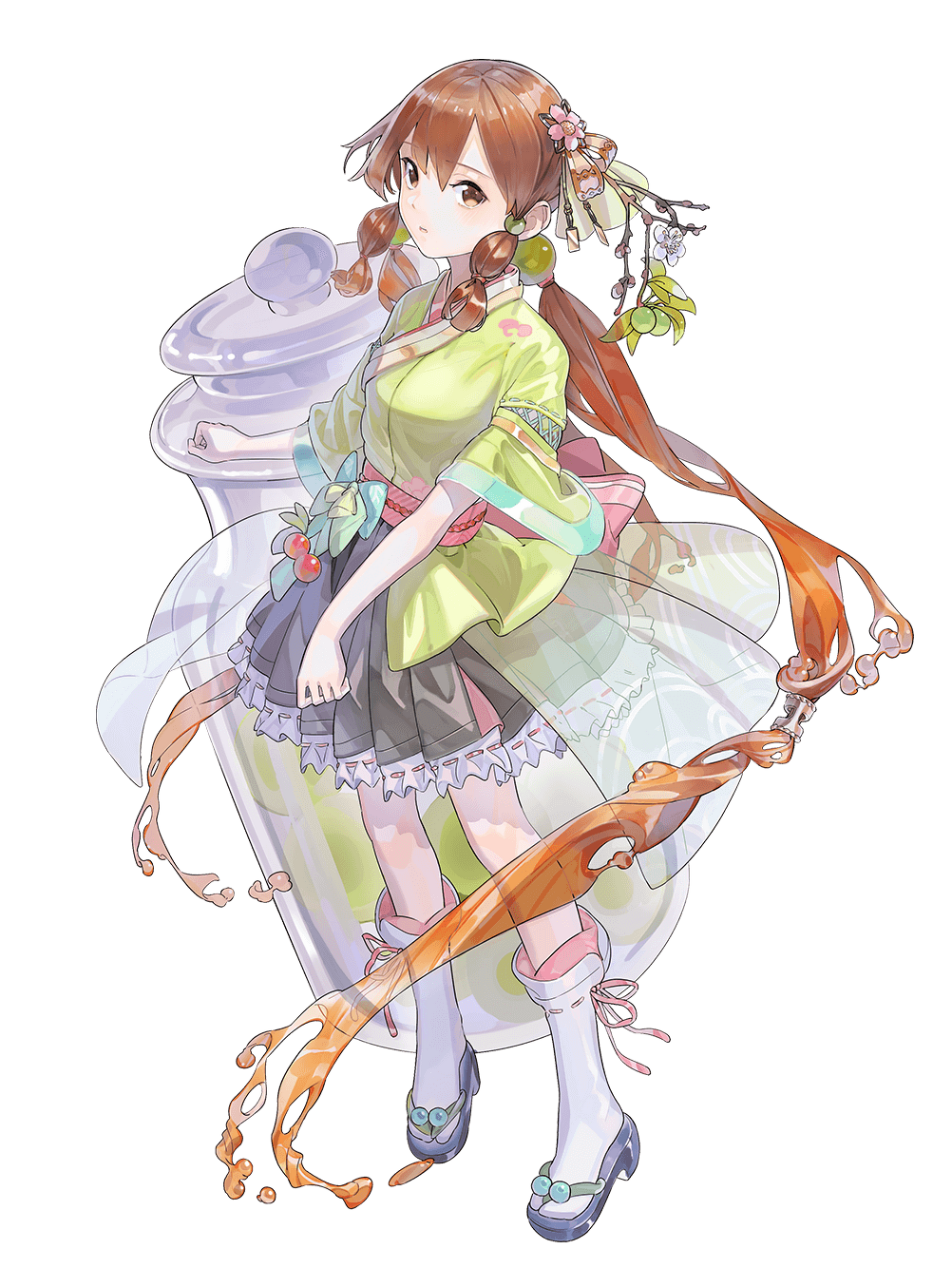 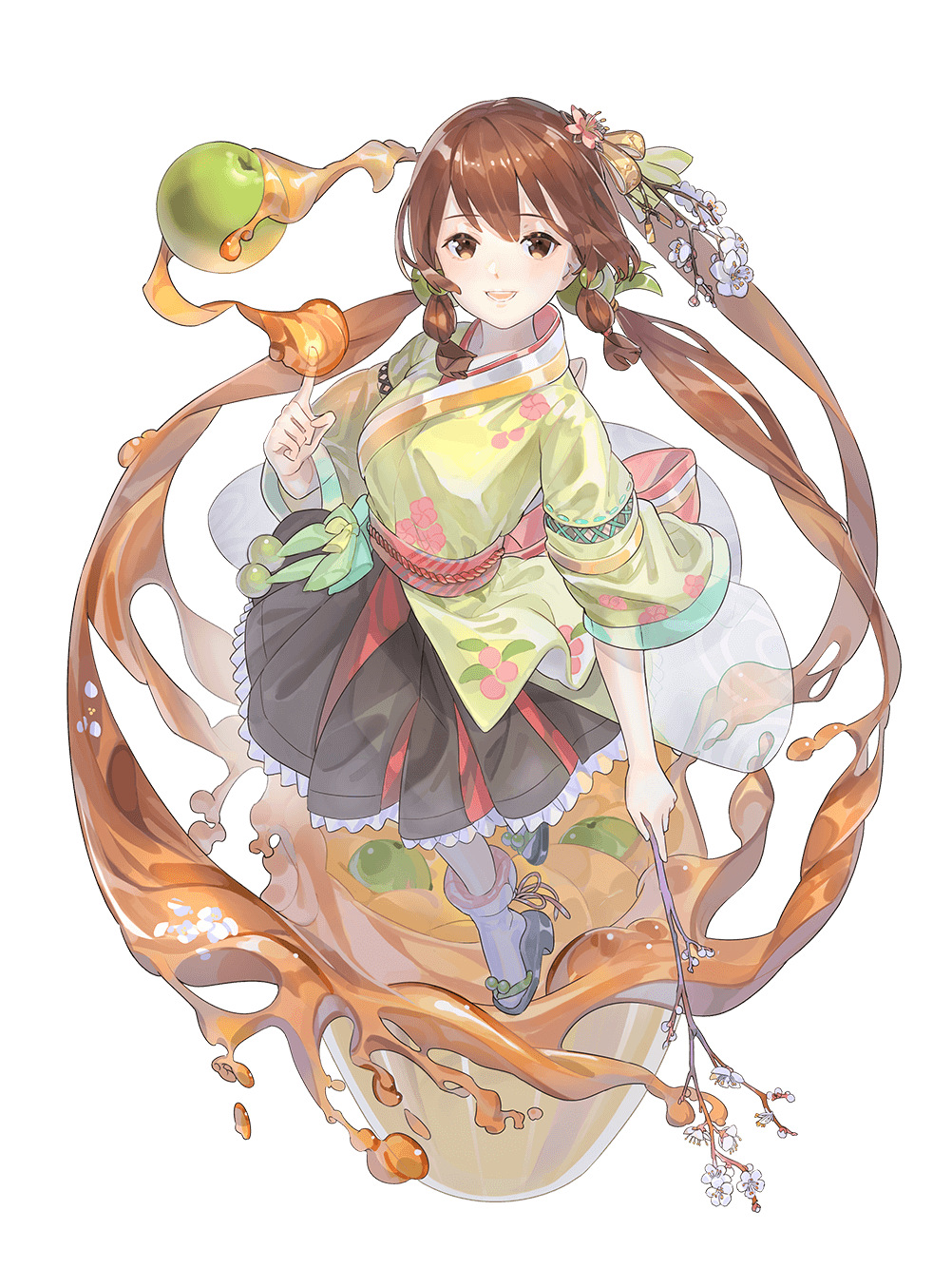 The picture of genteel refinement, this young girl abounds with enthusiasm. However, because she's worried her enthusiasm will put people off, she usually phrases her thoughts as probing questions when she speaks.

It is said that in ancient times, people believed that the shriveling of plums was not a good omen. Add the fact that medicine and hygiene conditions were underdeveloped, and that meant that prunes were largely inedible, hence the spread of plum wine as a way of storing plums. The raw ingredient for plum wine -- the plum -- came to Japan by way of China's Yangtze river valley. According to historical annals, the plum was a food item and home remedy during the Edo period, and it is cultivated on modern farms in Japan today. Farmers take excess plums unable to be eaten during its brief ripe period and process them into prunes and plum wine for storage. Today, the types of alcohol produced from fermenting plums include Chinese liquors, Japan liquors, brandy, awamori, and sweet liqueurs. In terms of taste, they can also be divided into sweet, sour, spicy, and smooth-finishing varieties. 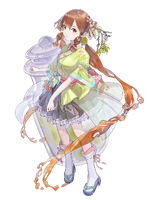 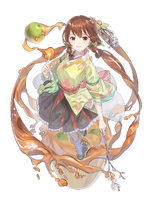