West Palata is the sixth region available in the game. It is unlocked at level 78, once you have completed the normal stages of Gloriville, Light Kingdom, Nevras, Sakurajima and Palata. 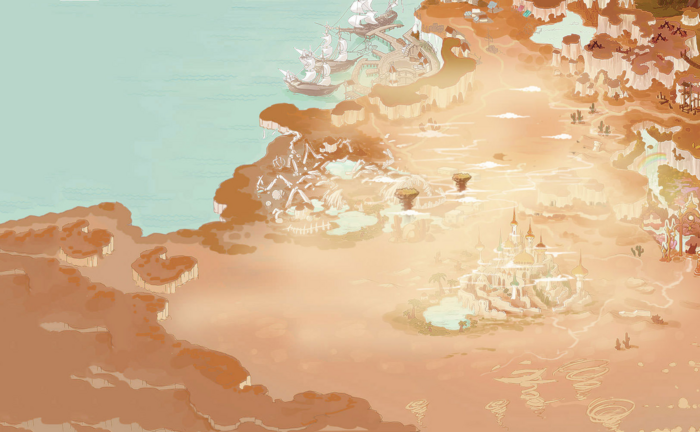