He is strict and refrains himself from greed. Upon encountering any form of malice, he would resort to the most cruelest of methods to punish them. He doesn't care if he have to transform into a ghost to punish the wicked and neither will he give an lot a of attention to the other party's grievance or any aspects of them had can be forgiven. Essentially, he is an extremely cold blooded executioner that would not hesitate to punish anyone if he or his companions commit any crimes. However, in reality, he is an even-tempered and soft-hearted individual with deep respect for Ginseng.

Youtiao is a traditional refreshment in China. It has different names according to the region, such as guozi, deep-fried guo, or oil-bread. It's crispy outside, tough inside, and commonly appeared on the streets of China as a morning snack. According to the "History of Song", there was a similar food called "deep-fried ghost" (deep-fried Hui) because of Qin Hui[1] persecuted Yue Fei[2]. Perhaps this was the prototype of youtiao, but many people believe that youtiao originates from an even earlier time. 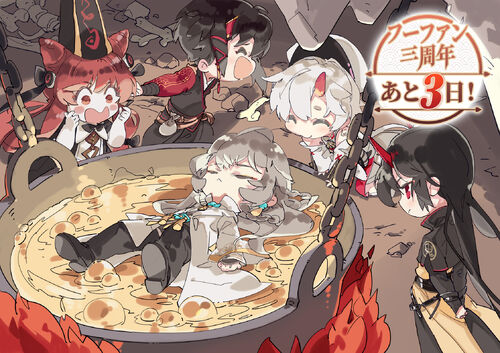